The young striker opened the deadlock in the 28th minute ending the first half with Uganda in the lead. The KCCA FC forward would again score in the 67th minute cementing Uganda’s win.

Johnathan McKinstry told reporters after the game that today’s performance by his men was not the best. He attributed it to a number of games played in a short period of time.

“One of the things all teams in this tournament have take into account is schedule is very difficult on the players, to play two games in three days, you don’t see Christiano Ronaldo do that and he is one of the best players in the world, so for these guys it is difficult,” he said.

“I think our overall performance today was a little bit less compared to that of two days ago, you have to take into account that there were a number of tired legs, tired minds and so, when you think about that I think the boys did well,” he added.

On Saturday, Cranes beat Burundi 2-1 thanks to Bright Anukani and Fahad Bayo’s goals.
Uganda is in Group A alongside Burundi, Eritrea, Somalia and Djibouti. Before Cranes match today, Eritrea beat Burundi 1-0 to register first victory.

Nine nations are taking part in the tournament which will end on December 19. Rwanda, Ethiopia, DRC and South Sudan pulled out. 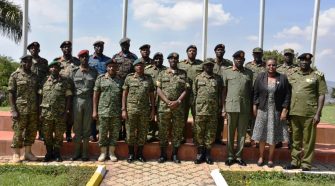