Prof Adell will on Monday May 20 deliver a keynote address that has been dubbed as a conversation with playwrights, actors/dancers, directors, media, art managers, lighting and sound designers, set and costume designers among others.

The event to be held at the National Theatre at 2pm is organized by the Uganda National Cultural Centre together with Makerere University Department of Performing Art and Film.

Sandra Adell is a Professor at the Department of Afro-American Studies, University of Wisconsin-Madison – USA.

She is the Executive Editor of The Journal of African Diaspora Drama, Theatre and Performance, and a proud member of the U.S. professional acting unions under the Actors Equity Association, and SAG-AFTRA (Screen Actors Guild/American Federation of Television and Radio Actors).

She is closely linked to U.S based Black Theatre Network, a network of distinguished African and African American theatre artists, playwrights, scholars and teachers.

According to Robert Musitwa, the Public Relations Officer of Uganda National Cultural Centre, the engagement between Adell and Ugandan art curators is important in trying to offer basic tips required to keep the industry thriving.

Prof Adell is said to have compiled & edited, Ten Complete Plays under the Contemporary Plays by African American Women and now working on her next book project titled “Women Theatre Artists of Africa and the Diaspora”.

She  began her teaching career in the Department of Afro-American Studies after having earned a Ph.D. in Comparative Literature from the UW-Madison.

It was this course and her involvement over the years with African American undergraduates seeking opportunities on campus and in the community to produce and perform plays by and about black people that motivated her to embark on training to become a professional actor and to shift her academic interests to theatre research and Black theatre history.

Her next book project is titled Women Theatre Artists of Africa and the Diaspora. Like the anthology, it will make an important contribution to the study of women in theatre by focusing primarily on founding artistic directors of theatre companies in the U.S., London, Senegal, Uganda, Toronto, and Cuba, and the women who work behind the scenes – as lighting and sound designers, set and costume designers.

Among this project’s guiding questions are: how do women navigate issues of race and gender in what is globally a (white) male dominated area of live performance? To what extent do women theatre artists and teachers in Africa and the Diaspora engage with theatre for development? How does theatre training in Africa differ from that in the U.S.? Is there a “canon” of plays by African and Diaspora playwrights that is regularly taught in theatre history classes. 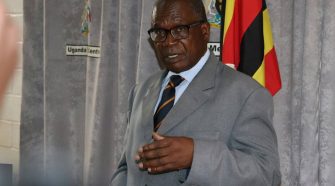