Following a letter from owners of broadcast media owners, National Association of Broadcasters (NAB) on Thursday to communications regulator, Uganda Communications Commission (UCC) to reverse its directive on suspending some of their senior staff, UCC has scheduled an engagement with broadcasters on Tuesday next week.

On May 1, UCC directed seven radio and six television stations to suspend Producers, Head of News and Head of Programmes on the media houses in relation to their coverage of the arrest and subsequent remand of Kyadondo East MP, Robert Kyagulanyi Ssentamu alias Bobi Wine, on April 29.

In a letter by NAB Chairman, Dr Kin Kariisa, he said the ban is likely to undermine the quality of journalism by creating an environment of fear and as well weaken standards and controls already established at the media houses and amplify the risk that led to UCC’s intervention in the first place.

He said suspending the said staff will compromise the opportunity for dialogue between UCC and broadcasters based on past relationship, and thus asked UCC to instead hold a meeting with owners of media of the affected staff.

Now, Eng Godfrey Mutabazi, the UCC Executive Director, the communications regulator has agreed to engage the broadcast houses on the matter.

“The Commission agrees to meet the executive members of NAB and hereby invites you for the meeting on Tuesday, 7th May 2019 at 10:00 AM at UCC House Bugolobi,” says Mutabazi in a statement.

The decision comes against a backdrop of widespread criticism by journalists, civil society and rights campaigners towards UCC for what they call clamping down on the freedoms of the press. 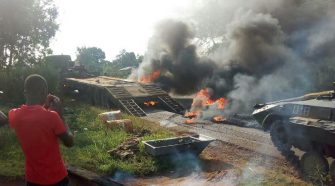