Amnesty International has welcomed the decision by Uganda’s Constitutional Court nullifying Section 8 of the contentious Public Order Management Act (POMA), saying the ruling is “a welcome development for the human rights to peaceful assembly and expression in the country”.

On Thursday, Uganda’s Constitutional Court nullified parts of the public order law, which was enacted in 2013.

The law gave police powers to prohibit public gatherings and protests, but opposition politicians and rights campaigners in Uganda have long accused the Police of overstepping its powers in enforcing the law.

They accuse Police of using the law to stifle their political activities including mobilization of their supporters which every political organization is entitled to.

Four out of five Justices of the Constitutional Court declared Section 8 of the 2013 law illegal and unconstitutional.

“This law has for years been used as a tool of repression in Uganda, therefore this ruling is a welcome development for the human rights to peaceful assembly and expression in the country,” said Deprose Muchena, Amnesty International’s Director for East and Southern Africa.

“Under this law police have brutally dispersed spontaneous demonstrations and opposition rallies, while opposition politicians have been beaten up and arrested simply for exercising their rights,” he added.

The human rights body says Ugandan lawmakers must now go a step further and repeal the entire Public Order Management Act “which in its entirety was also found to contradict the constitution”.

This, according to Muchena,  will bring to an end the persistent harassment and intimidation of people who are just exercising their rights ahead of the 2021 elections.

Section 8 of the Public Order Management Act gives the Inspector General of Police sweeping powers to arbitrarily prevent or stop public gatherings organised by opposition politicians, and the police powers to crack down on protests.

The petition that led to this ruling was filed in December 2013 by a group of human rights groups including Human Rights Network Uganda, Development Network of Indigenous Voluntary Associations, Uganda Association of Women Lawyers, and Chapter Four.

On January 6 2020, the Uganda Police Force arrested opposition politician Bobi Wine, and fired teargas at his supporters during a political rally he had organised. The police spokesperson said the rally had been prevented for failure to follow guidelines set out in Act.

Bobi Wine and four others are facing charges under POMA for protesting the social media tax and mobile money tax in July 2018. 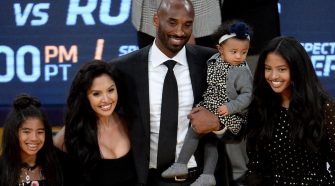