Andrew Mwenda, the CEO of The Independent Magazine has Monday evening announced the death of his mother, Constance Muhangazima, which occured at Nakasero hospital.

“I would like to inform all our friends and family that our dear mother has just passed on 10 minutes ago,” Andrew wrote in a tweet at 7:30pm on 17 June.

Andrew said the family would communicate her burial arrangements later.

“We shall be informing all about the next plans for escorting her to paradise she prepared her life for,” he said.

Mrs Muhangazima was also the mother of Gen Kayanja Muhanga and Margaret Muhanga, the MP for Burahya county in Kabarole district.

May her soul rest in eternal peace. 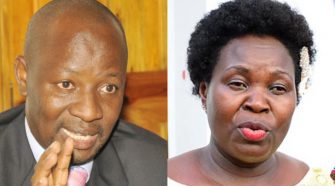