Lawyers through their body, Uganda Law Society (ULS) have weighed in on the ongoing controversy surrounding the administration of UTL, saying the State Minister for Privatization and Investment, Evelyn Anite, has no case upon which to remove the Official Receiver, Bemanya Twebaze as Administrator at UTL.

The lawyers issued a statement expressing concern about the recent pronouncements made, and correspondences authored by Minister Anite in recent days in which she demands that Bemanya be replaced.

According to Anite, government has encountered considerable difficulty dealing with the Administrator and has completely lost confidence in his ability to continue to serve the role of UTL Administrator.

“ULS agrees with the learned Attorney General that the grounds for the removal of an Administrator are specific under section 174(1)(c) of the Act and that the Hon. Evelyne Anite has presented none in this case. In any event, an application for such a remedy is not made in the media or any other authority except in the High Court which supervises the Administrator,” the ULS President, Simon Peter Kinobe said in the June 29 statement.

The lawyers note that under the law, no Minister has the mandate or power to “order” the Attorney General to undertake any action.

This week, the Minister disregarded the legal counsel offered by the Deputy Attorney General, Mwesigwa Rukutana on the controversial sacking of the Administrator of UTL, terming it as “litany of flawed innuendos, an offside reply” which she said she had received with “profound shock.”

Rukutana’s advice followed a letter that Minister Anite had earlier written to the Attorney General, William Byaruhanga asking him to apply to court so as to have Beamanya Twebaze replaced.

Rukutana informed Anite that neither the Executive nor the Legislature had the legal authority or even grounds to replace Bemanya.

“The purpose of this letter is to implore you to have the petition to remove the Administrator of Uganda Telecom filed in court without further delay,” Anite wrote in her second letter to Byaruhanga.

ULS has asked Minister Anite to refrain from seeking to undermine the authority of that office. Advice from the Attorney General’s office on any matter becomes the official government legal position unless varied on substantial grounds or nullified by a competent Court of law.

“While it is not our place to advise Cabinet Ministers on how they should behave towards each other, we consider it our right to demand that persons holding public offices conduct public affairs (and themselves) with the expected level of decorum and in a manner that does not erode the confidence of the public in those offices. The importance of this imperative to the rule of law and to our still-developing democratic order cannot be overemphasized”.

Regarding the interference by Anite into affairs at UTL which the Deputy Attorney had earlier warned against, the law society says UTL cannot (under the circumstances) be supervised by government which is a shareholder.

“Once a company embraces insolvency proceedings, be it liquidation, receivership or administration, the shareholders cannot supervise (or purport to supervise) the office holder (liquidator, receiver or administrator)” the ULS President says. 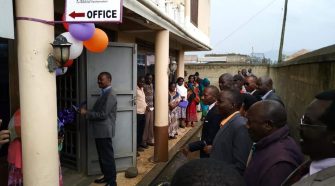