Just a day after arresting Wamala Assad, the Director of Wamala Primary and Secondary School located in Mpigi district who was on the run for days on allegations of defiling more than 9 girls of his school, another student has come out to accuse him of the same, at least according to Police.

Wamala had earlier been arrested on a charge of indecent assault involving a 17 year old student but he would later be released on bail by the Mpigi magistrate, Maureen Mukayo. He however went into hiding days after one of the students reported his continued sexual abuse to her parent on Saturday last week as well as the public picking interest in his conduct.

On Tuesday last week, President Yoweri Museveni protested the manner in which Wamala was released and ordered a team from State House team to follow up on the matter. Reports indicate that many girls have since interfaced with the team and narrated horrible stories of how Wamala molested them.

According to Twine Charles, the spokesperson of Criminal Investigations Directorate (CID), the suspect is accused of aggravated defilement contrary to Section 129 3, 4 (c) of the Penal Code Act and unlawful and indecent assault of a girl aged 17.

“These charges have been sanctioned by the DPP (Director of Public Prosecution) after an evaluation of the evidence that was assembled by our team of investigators and confirming that it can warrant prosecution,” Twine says.

He explains that Wamala committed the above alleged cases on November 3 and 4, 2019 at Wamala Secondary School located in Mpambire Village in Mpigi District.

Wamala is currently under custody in one of the police facilities in Kampala Metropolitan Area.

Twine however adds that another victim, Janet (not her real names) also a minor, has come out to accuse the arrested Director of the same offence. He said Police intends to interrogate the suspect on the new allegation.

“Our detectives have also identified another victim aged 16 who alleged that she was also defiled by the same person in the month of November 2019. And inevitably, the suspect is going to be interrogated in regard to the new allegations and also other investigation processes to be undertaken,” he explained.

In her statement, the victim explains that on one of the evenings of November, the Director entered the girls’ dormitory and asked the matron for two girls including Janet to escort him to his resting single room house within the school premises to help prepare him tea.

On reaching the house, Wamala sent back the second girl to the dormitory and forced Janet into sex. Wamala made several sexual advances towards Janet the days that followed including seducing her with money, which she objected to.

At some point, Janet says Wamala proposed to her mother that she remains at school in the third term holidays while helping him with some house chores. He told the mother that Janet would as well as be helped with her studies, an idea that her mother accepted but the girl rejected because she understood the Director’s motive.

She says that she saw Wamala’s arrest as an opportunity to come out and let the authorities and the public know about his misconduct. 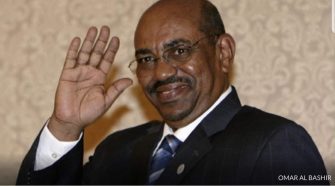