One of the URA staffers who were recently arrested in Jinja for allegedly taking a bribe from traders has been released on bail by the Anti-corruption Court in Kampala.

Hassan Miiro, who is an employee of Uganda Revenue Authority (URA) as a tax officer in Jinja was granted bail by Chief Magistrate Pamella Lamono on Wednesday.

Miiro together with Wamala Ferdnand, an accountant with URA in Jinja, we’re are on February 19 by the State House Anti-corruption Unit and Police CID m for allegedly taking a bribe worth Shs 44m bribe from a trader.

On Wednesday, the Anti-corruption court granted a Shs 6m cash bail to Miiro while his sureties were asked to give Shs 40m non-cash. The suspect was also compelled to deposit his passport to the court as part of the bail conditions.

However, Wamala was remanded to prison as he could not provide substantive sureties.

Prosecution alleges that the two accepted bribes amounting to Shs 50m from a number of businessmen in Jinja in exchange of reducing their income tax.

They were arrested after they were reportedly found with marked money totaling to Shs 44m which had been handed to them by a trader at a hotel in Jinja.

Prosecution sought that court avails it more time to investigate before trial can commence.

Both Miiro and Wamala denied the allegations against them.

The Anti-corruption Unit was launched in December last year by President Yoweri Museveni and its role is to receive and act on complaints relating to corruption.

Museveni said the Unit is the “missing link” in government’s efforts to weed out corruption which has over the years stalled service delivery.

Since its inception, it has carried out raids on the Wakiso district lands office and arrested some staff, among other recent operations. Last week, the same Unit arrested six Senior district officials in Mbarara including a Chief Administrative Officer (CAO) over allegations of land fraud. 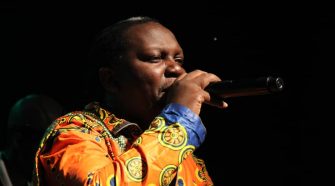