In a bid to once and for all resolve the longstanding land conflicts in Apaa, Adjumani district, government has directed that all people currectly occupying the East Madi Game Reserve (Apaa) vacate it.

The directive states that those people in the East Madi Game Reserve who were found to have acquired National Identification Cards between 2013 and 2014 as residents of Apaa will be facilitated with a monetary package so they can relocate.

According to a statement issued by the Office of the Prime Minister (OPM), the occupants of the game reserve who possess IDs between 2013 and 2014 as residents of Apaa, “will be assisted with Sh 10m, 20 bags of cement and 20 iron sheets, per household to enable them acquire land and settle elsewhere”.

On Thursday, Prime Minister Dr Ruhakana Rugunda met the two parties involved in discussions about finding a lasting solution to the land disputes in Apaa.

It is during the meeting that Dr Rugunda communicated the Cabinet resolutions on the matter.

The meeting at the Office of the Prime Minister was attended by the Adjumani and Amuru teams which were constituted by President Yoweri Museveni to consider various options aimed at resolving the disputed settlement on a piece of land in Apaa in East Madi Game Reserve.

However, several meetings between the two groups held in Gulu in the course of last year had failed to arrive at a common position.

Government also resolved that people who were found in Apaa but did not possess National IDs be assisted with Sh 2m per household, to assist them to relocate.

The directive on closure of Apaa market has already been implemented.

Furthermore, government directed that relief food be provided to all the households which will be asked to vacate the East Madi Game Reserve, for a period of 12 months.

This is to give them time to grow their own food in the places they will move, according to the OPM statement.

The Prime Minister said the exercise will be conducted in an organized, planned and humane manner, with dignity and be completed by the end of June 2019.

The Prime Minister appealed to leaders of the two communities at the local and national level to sensitize the people about the above decisions.

The dispute between the Madi and Acholi communities over the Apaa land boundaries has been long-standing, with each of the two ethnic groups claiming ownership of the land.

In 2017, four people were killed while 21 others sustained serious injuries following violent clashes over the contested land. More than 100 grass-thatched houses were torched by men armed with machetes, spears, bows and arrows. An estimated 700 people were left homeless. 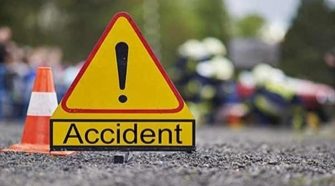