Police in Kabale is investigating a case in which a man was killed by unknown assailants over the weekend.

A boda boda cyclist identified as Rogers Byaruhanga, 33, was on Saturday gunned down at Ihimbi cell, Rutooma ward, Northern Division in Kabale district.

Byaruhanga, a resident of Murambo village, Kitojo parish, Bubare sub-county in Rubanda district was shot dead by three assailants who were armed with a rifle and putting on civilian attire with hoods covering part of their faces, according to Elly Matte, the Police regional spokesperson for Kigezi.

According to eye witnesses, the deceased had just entered a bar and heard someone chanting about Bobi Wine (detained MP and singer).

When he stepped outside to find out who the person was, he was shot instantly.

The assailants who are said to have been moving on foot disappeared immediately to an unknown location. 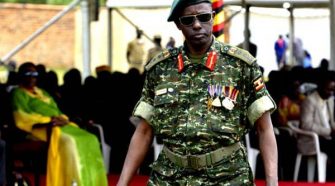