The recently established Local Defence Unit (LDU) have Tuesday evening shot dead four of the over 10 suspected armed robbers in Mutundwe near Kampala.

The incident occurred at around 4pm at Mutundwe village in Rubaga Division where the suspected robbers were believed to be on their mission of robbing a home of one of residents.

According to Maj Yusuf Bilal Katamba, the army’s first division spokesperson, the suspects were using two vehicles. The robbers defied efforts by security to stop but instead opted to respond with fire.

“Our LDU Rubaga battalion together with other security agencies put out of action four robbers who had come to rob one of the residents of the area. They were between 8 and 10 in number but four of them were killed,” said Katamba.

The vehicles the robbers were using are UBE 808 F Toyota Wish Grey in colour and UAN 368 H but the occupants of the latter escaped with the vehicle.

Katamba says the killed robbers have been found in possession of a pistol, two bundles of fake dollars and vehicle UBE 808 F Toyota Wish.

“Efforts are underway to trace for other members of the criminal gang currently on the run and are believed to be with 02 SMGs,” he adds.

More than 13,000 Local Defence Unit (LDU) personnel were recruited in July this year from districts in Central, Eastern, Northern and Mid-western regions of Uganda on top of the 6,000 LDU personnel who had earlier been recruited.

The creation of LDU was aimed at enhancing the existing foundation security arrangement in the country to ensure the people and their property are secured at grass root levels and helping in fighting urban crime. 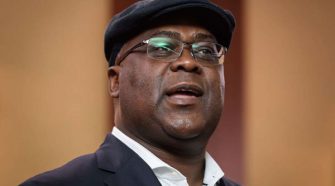