A group of 43 Rwandan refugees who are currently living in Uganda are being detained at the infamous Police detention facility in Nalufenya, our sources have revealed.

The refugees who said they were travelling for a Christian fellowship in Tanzania were arrested on Monday this week by Uganda Police Force after they had crossed the Kikagati border and entered Tanzania. SoftPower News broke the story after getting a tip from one of the residents of Kikagati saying that police had blocked the refugees and ordered them to drive to an unknown destination.

They had been cleared by both Ugandan and Tanzanian immigration authorities at the Kikagati border and crossed into Tanzania.

When they refused to drive to an unknown destination, Police then arrested and took them to Isingiro police station for questioning after accusing them of having ties with Allied Democratic Forces (ADF) rebel group.

On Thursday, this website got credible information that the refugees were being held in Nalufenya, Jinja. Our source said they were driven in the night from Rwizi Police detention centre in Mbarara to Nalufenya so as not to raise suspicion. They had spent a night at Rwizi after brief arrest in Isingiro.

When contacted, Police Spokesperson SSP Emilian Kayima confirmed that the group of 43 people including women were arrested on Monday and are being questioned.

Asked where they are being held now, Kayima said; ” This issue happened on Monday. We arrested them and took them to Rwizi detention facility in Mbarara. We have them in our detention facilities.”

Probed to confirm reports by our source that the refugees were being detained in Nalufenya, Kayima said, “Ugandans should know that we have them in our detention facilities.”

Police often uses the Nalufenya facility to detain persons suspected to have committed capital offences including terrorism and treason but numerous suspects who have been to the facility have previously told of experiences of torture and harassment.

“We took interest and apprehended 43 women and men from Kikagati border with Tanzania who were on their way for a Christian crusade in Burundi,” Kayima told SoftPower News on Thursday.

He said that the refugees were suspected of possessing unauthentic documents and that Police is scrutinizing them.

“There was something fishy with their documents. Our action was to apprehend them. We are now verifying whether they were invited for the crusade and whether they were all living in the same area?” the Police spokesperson said.

But some of the refugees had on Monday told this site that they were headed to Tanzania.

When first contacted on Monday after this website broke the story, Kayima had said he couldn’t comment as he was late for a meeting.

On the reason of arrest, he commented; “Like I said, Police is still processing and verifying all that. We shall issue a statement when we are done with the process.”

But the arrest leaves unanswered questions. When Police says the detainees were arrested for having fake documents, how were they [refugees] cleared by both Ugandan and Tanzanian immigration officials at the Kikagati border?

Some online news publications with Rwandan ties have since reported that the refugees arrested on Monday by Uganda Police Force were rebels who were in transit to be recruited in a rebel group based in DRC. They claim it is part of the ploy by Uganda against Rwanda.

If that was the case, why would Uganda Police Force, a force of the country – Uganda – allegedly now an enemy to Rwanda arrest ‘rebels’ their country (Uganda) allegedly supports?

While authorities in Police remain dumbfounded on providing these answers, the fate of the refugees in Nalufenya hangs in balance.

In the story that SoftPower News ran on Monday, a source said that the arresting police officers mentioned to the refugees that they had orders from Col Atwooki Ndahura, the Director of Uganda Police Crime Intelligence who said he had interest in the refugees.

“We were already on the Tanzanian side of the border when Ugandan policemen followed us and commanded the driver to stop the bus and cross back to Uganda,” one of the persons in the group told SoftPower News on phone moments after their arrest.

Weeks ago, this website reported that Rwandan authorities were secretly working with Senior Police officers in Uganda to facilitate the capture of Rwandan refugees and hand them over for reprisal against their will.

Surprisingly, in the wake of these reports, rights defenders in Uganda and United Nations High Commission for Refugees (UNHCR) have kept quiet on the issue of safeguarding Rwandan refugees who are reportedly kidnapped and illegally repatriated to Rwanda.

A source in Nalufenya has today confided that the refugees now held at the detention facility on orders of the Inspector General of Police, Gen Kale Kayihura are worried that they could also be illegally repatriated to Rwanda.

“I was only going for prayers. I am just a woman. I have no problem with anybody. But if I am taken back to Rwanda, I will die. I don’t want to die,” one of the refugees told our source in Nalufenya.

Uganda has received wide acclamation globally for its ‘progressive’ refugee policy. In June this year, Uganda hosted a world refugees’ summit which brought together global influencers including UN Secretary General, Antonio Gueterres, heads of state and humanitarian organizations who lauded the country’s exemplary approach to refugees.

But the increasing harassment and repatriation of refugees (especially Rwandan) could reverse the gains made. 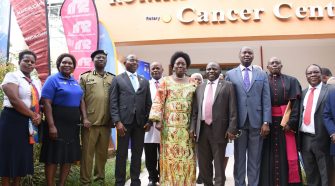