U.S-based Ugandan rapper, GNL Zamba has come out to defend his fellow rapper, Big Tril (Trizy) in the wake of the criticism he (Trill) has faced recently from some fans who claim he shouldn’t talk big since they made him.

Following the success of his 2019 Parte after Parte single, Big Tril has faced continuous backlash from fans on social media who say he only got lucky that the song got good reception across the continent and beyond.

Some say the success of the song wasn’t because of hard work like he claims, but mere luck.

His latest attack was sparked by a request by a Tweep for Trizy to follow them back. But instead, the rapper conditioned the follow-back on getting 500 RTs. This didn’t sit well with some fans who poured out unkind comments to the rapper. But he was unapologetic. Instead, he clapped back at some fans who never support artistes yet demand respect.

Some people who be on this App telling me to be humble are the kind that have never even paid to stream or download a BigTril song ..they get my music on howibeez for free and they be making noise..The real supporters know me from way back and have always supported me…Asante

Lol you tell Ugandans to Buy Music and they hurl Insults at you ??? Now y’all can see how broken our music industry is … Artist have hits and stay broke coz y’all won’t buy music and then when they start doing drugs and lose everything y’all come here and make Noise mxxxxm

And now GNL says it is time Ugandan fans stopped patronizing artistes and expecting them to kneel before them.

“The Ugandan fan wants to get free music, free ticket, free t-shirt and on top of that expect the artist to kneel at thank them at the concert.. that era & generation of artists that did that ends here. They do that to feed egos but inadvertently have also perpetuated a disease,” GNL tweeted Thursday.

He added that “we demand to be respected like we respect you, we will be supported on our own terms”.

The celebrated ‘Luga flow’ pioneer said it is wrong to expect a rap artist to be humble. To be Hip Hop is to unapologetically express one’s self, he said.

He says he has worked with Big Tril before and he knows him as a hardworking person and a very decent human being “compared to the riff ruff out there”.

Below are GNL’s comments in full..

Don’t be mad at a rap artist for bragging abt triumph! That is like telling a fish not to use its fin, Telling a painter not to use their best brush, It is telling a player not to celebrate after scoring a goal. Every song is a championship here Don’t ask us to be humble, Level up!

To be Hip Hop is to unapologetically express one’s self. Most of y’all are faking the humility anyway! so you are intimidated when you see people being themselves. Rap is an art of expression, I can be respectful but won’t dim my shine so you can feel better abt your insecurities!

Where is this coming from? I have been reading the thread of “fans” attacking a hardworking artist claiming they made him. I know the artist have worked with him and know he is a decent human being too decent in-fact compared to the riff ruff out there. That this society has bred.

The Ugandan fan wants to get free music, free ticket, free t-shirt and on top of that expect the artist to kneel at thank them at the concert. That era & generation of artists that did that ends here. They do that to feed egos but inadvertently have also perpetuated a disease.

In our society where every citizen  & worker thinks his Opinion should be heard before that of the “Mugoma”. They are still stuck on the era of the uneducated stereotypical musician who lacks the confidence and market acumen and  is expected to beg. This generation is different.

We demand to be respected like we respect you, we will be supported on our own terms. This music is a gift from the heavens that we share. It benefits all of us as a society & represents us even where PR & marketing have failed.

The artists shall not be bullied, muzzled or intimidated, Support so we can build value oba Lekayo!. We shall work with the few that believe in the vision. What we will not do is dim or compromise our expression & dignity. We understand our markets better than you and think of our careers more times in a day than you have criticized, smudged, convoluted, detracted & scapegoated but I think the time has come to support without the negativity and patronizing. My mama says if you don’t have nothing nice to say don’t say anything at all.

If you dislike the painting move on to the next. You look mad insulting “Da Vinci” quarreling with the art. The artist chooses his fans, the fans don’t choose the artist. It is a vibe with a tribe either u catch it or you don’t.

The industry can do much better if this society treats its creatives better.

We done begging, we taking! 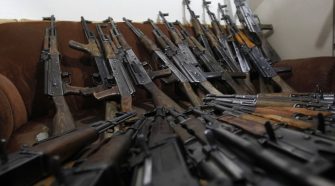