Performing artistes led by the Shadow Minister for Cultures and Arts, Kato Lubwama and the President of the Federation of Performing Arts, Andrew Benon Kibuuka have petitioned the Speaker of Parliament, Rebecca Kadaga challenging the proposed rules and regulations which government says will govern the music and arts industry.

The Ministry of Gender, Labour and Social Development recently came up with drafted regulations that seek to among others help regulate and guide the industry in the country.

These have however caused divergent views among the different stakeholders with some critics arguing the regulations are aimed at crippling the creative industry.

The regulations include among others; having all performers registered with an operating license, performing one show a night, seeking permission before performing outside the country, having your work reviewed by the censorship board before it is released for public consumption, prohibition of indecent dressing among artistes.

While delivering their petition to the Speaker on Monday, the artistes noted that the regulations by government are in bad faith and have come without holding prior consultations with the affected stakeholders.

The Federation President, Kibuka, told the Speaker that indeed there is a need to have the industry organized and regulated but that the regulations in their current form have got a lot of loopholes that need to be addressed by the artistes themselves.

“These regulations were and are developed by the different Ministries in which we apparently fall. The main problem about this is that these rules and regulations are developed by people who are not artistes and don’t understand anything about the art we do,” Kibuuka told Kadaga.

Kibuuka said that the artistes themselves are better off deliberating on the issues relating to the regulations.

The Federation as well demanded a fully fledged Commission at the Ministry of Gender as opposed to the current department in the Ministry.

“We agree that there is a department of drama in the Ministry of Culture but we seek independence so we have a Commissioner who is an artiste,” Kibuuka said.

The Shadow Minister of Culture, Kato Lubwama who doubles as the Member of Parliament for Rubaga South, asked the Speaker to help them in establishing an Artistes’ Fund that will help them in the production of films and songs given the current huge costs incurred.

Lubwama, an accomplished actor and director said that the Fund would be used to develop the industry as well as establishing training schools for performing artistes that don’t require Certificate but rather harnessing the talent of Ugandans who arent in position to attain formal education.

The Speaker has promised to have the issues raised addressed and handled with relevant Ministries and Departments as well as the Parliamentary committees. 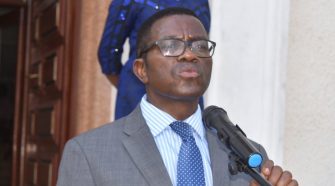