A total of 456 individuals have been vaccinated against Ebola virus disease using the ‘Ebola-rVSV’ vaccine in Kasese district, the Ministry of Health has said in its latest update on the Ebola response.

The Ebola-rVSV vaccine is administered to contacts to the confirmed cases and non-vaccinated frontline health and other workers, the most high risk population to protect them against the deadly Ebola – Zaire virus strain.

The Ministry adds that Uganda has not registered any new confirmed Ebola virus diseases case in Kasese district or any other part of Uganda since the last registered case one week ago. There are no new cases under admission.

Currently, 110 contacts to the confirmed Ebola cases in Kagando and Bwera are being followed up daily.

Contact tracing is one of the interventions that have been used to effectively control Ebola virus disease outbreaks in Africa. Those in close contact with others who have Ebola or who have dies from Ebola are at higher risk of infection, and of potentially infecting others if they begin to show symptoms.

The Ministry also reassured all international travelers seeking to visit Uganda, that the country is safe as well as all national parks and tourist sites remain open and accessible to the public.

The reassurance comes only days after conclusion of the first ever Africa Hepatitis Summit which was hosted in Uganda and brought together over 500 delegates from 25 countries across the world.

The Ministry has again cautioned the public against using social media to spread misinformation on the Ebola virus disease.

“The outbreak is real and we urge all residents of Uganda to remain vigilant and report any suspected cases to the nearest health facility or call our toll-free number 0800 203 033 0r 0800 100 066,” the statement from the Ministry reads in part. 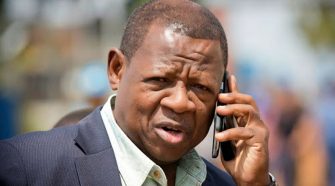