An attempt to search the residence of embattled former Executive Director at Bank of Uganda, Justine Bagyenda for documents smuggled from the Central Bank headquarters was frustrated after information of the impending search was leaked to her, this website has learnt.

In May this year, the Director of the Security Department at Bank of Uganda, Milton Opio Orech wrote to the Governor Central Bank, Emmanuel Tumusiime Mutebile informing him of an incident in which confidential documents were suspected to have been smuggled from Bagyenda’s office.

In the May 10 letter, Opio reveals that CCTV footage had showed the bodyguard and driver of Bagyenda moving the documents out of the office to her car.

“The department carried out investigations and reviewed the closed-circuit television footage and confirmed that the documents were indeed ferried from the premises,” Opio said in the confidential letter to Mutebile.

“They [documents] were carried out of the offices and loaded onto her car by the bodyguard and driver on Sunday February 11 at 4:20pm without being checked at the security check point. She was in the office during the time they were taking out the bags”.

Opio says the incident, a breach of security procedure, prompted his department to write to the Criminal Intelligence Department (CID) of the Police “to help in the investigation and procure a search warrant for her residence for possible recovery of suspected bank documents which were ferried out of the bank”.

However, the warrant was not issued until March 15, a day after Bagyenda returned from South Africa where she had been on a trip. On the same day, CCTV footage showed Bagyenda’s bodyguard and driver ferrying “two pieces of luggage” from her car to her office. She had already entered her office.

“We were informed and confirmed after reviewing the camera footages that at about 6:30pm, two pieces of luggage were ferried from her car to her office”.

The Security Director further informs the Governor that “the contents of the bags were neither screened nor checked.”

Opio said that the plan to search Bagyenda’s residence to recover the documents was aborted, following a meeting involving himself, Mutebile and a security consultant.

“The search was called off but remained open after the incident was observed and assumption that some documents may have been returned or kept away after she [Bagyenda] got information of the pending search,” he wrote.

He said he informed the officer assigned earlier to conduct the search “to stay the search because we suspected that the information about the search had leaked”.

The following day, Bagyenda is said to have written an email to Opio and the Executive Director Administration, which acvpracco to Opio, confirmed the suspicion that indeed the information regarding the planned search had been leaked to her.

Bagyenda claimed at the time that what was carried from her office were personal documents. She said she was being witch hunted and that she expressed concerned as to why she had not been interviewed prior to the planned search.

“She promised to alert us when she intends to carry out her personal documents from the bank,” the letter by Opio further reads.

In the same letter, Opio reveals that in the days that followed, there had been intimidation to the staff while carrying out their normal duties.

Yesterday, the two individuals (Bagyenda’s bodyguard and driver) suspected to have been complicit in the smuggling of the documents out of BOU were handed over by the Parliament probe committee to Police CID department as criminal suspects.

The two officers are Bagyenda’s bodyguard identified as Juliet Adikoret and the driver who is named Job Turyahabwe.

The decision was taken by the Parliament Committee on Commissions, Statutory Authorities and State Enterprises (COSASE) which is currently investigating the manner in which the Central Bank made the closure of seven now defunct banks. Bagyenda is accused of hiding the liquidation reports of the banks in question, from the Governor.

According to the subcommittee report read by the head, Brig. Francis Takirwa, during the interrogation, the officers responded that they indeed took bags out of the bank but that they didn’t have any knowledge of the contents therein.

Takirwa also said that the other two security officers at the central bank, Beatrice Kyambadde and Charles Muhoro admitted to have allowed Bagyenda’s aides move out of the bank premises with the bags without being checked but can’t tell what was taken out or returned later.

In his May letter, Opio says the claim that the baggage scanner, used by security personnel at the entrance, was not working is not true and the scanner is not for documents.

This revelation incriminates the security officers who failed on their duty to check what was in the luggage carried in and out of Bagyenda’s office. 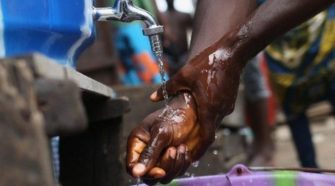