An office attendant with the office of the Directorate of Public Prosecutions, Lugazi, has pleaded guilty to receiving a Shs 300,000 bribe as an inducement or promise to expedite the movement of a case file.

Atugonza was charged with corruptly soliciting for gratification contrary to Sections 2(a) and 26(1) of the Anti-Corruption Act, 2009. Sarah Atugonza Babirye, an Office Attendant, with Directorate of Public Prosecutions, Lugazi Office, solicited for a gratification of Shs. 300,000 from a one Hadija Naigaga.

The accused had allegedly promised Naigaga to expedite the movement of case file CRB/100/2019 wherein Naigaga’s two sons namely Hatim Kiwanuka and Wahab Kasadha were arrested for simple robbery and theft, which the Resident State Attorney Lugazi was perusing.

Atugonza was arraigned in court on Tuesday before His Worship Nabende Moses and through plea bargain, she pleaded guilty and was sentenced to a fine of Shs 500,000 for each of the two counts or one year imprisonment.

She was further ordered to refund Shs 600,000 which she had earlier received from the complainant. She was also disqualified from holding any public office pursuant to section 46 of the Anti-Corruption Act. 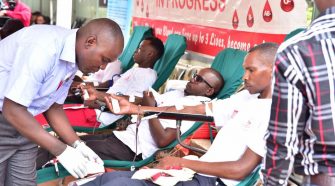