The Attorney General, William Byaruhanga has assured Parliament that government will table before the House the desired electoral and Constitutional reforms before the end of May, 2019.

Byaruhanga made the revelation following repeated directives from the Speakers of the House demanding that the reforms which must be processed before the next general elections be tabled.

The Attorney General told the House on Tuesday that his office has already drafted a number of amendments to electoral laws in the country following the Constitutional Amendment bill of 2018.

Byaruhanga said that the recommendations of the Supreme Court in Election Petition No. 1 of 2016 were addressed in 2018 when Parliament enacted the Constitution (Amendment) Act, 201 8.

The Constitution (Amendment) Act, 2018 amended the Constitution to provide for the time within which to hold Presidential, Parliamentary and local government council elections. It also; provided for eligibility requirements for a person to be elected as President or District Chairperson; increased the number of days within which to file and determine a presidential election petition and increased the number of days within which the Electoral Commission is required to hold a fresh election where a presidential election is annulled.

He explained that the draft Bills constitute amendments arising out of the Supreme Court recommendations in Constitutional Petition No.1 of 2016, the European Union Election Observation Mission Report of the Uganda Presidential, Parliamentary and Local Council Elections 18th February 2016, consequential amendments from the Constitution (Amendment) Act, 2018, and proposed amendments submitted to the Ministry of Justice and Constitutional Affairs by the Electoral Commission.

However, the shadow Attorney General Wilfred Niwagaba challenged the Attorney General arguing that the amendments they are fronting are a result of the petition of 2016 despite the fact that since 2015, the opposition has been asking for constitutional amendments surrounding the entire electoral process under the IPOD and in the citizens compact.

Niwagaba thus requested the Deputy Speaker, Jacob Oulanyah who was presiding over the House to allow him go ahead and present a private members’ bill that will capture all the desired amendments as proposed by the opposition.

The request by Niwagaba was deferred by Oulanyah who noted that the Attorney General should first be allowed time to present the draft reforms and in case they are found lacking, he (Niwagaba) will be allowed to table the reforms.

“We can wait and see what the Attorney General brings by the end of the month and if there are gaps then we shall bring in amendments,” Oulanyah ruled. 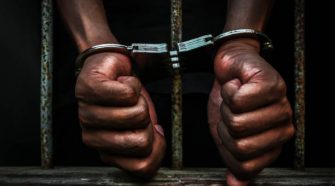