Parliament has given the Attorney General, William Byaruhanga one month to table the National Legal Aid Bill, 2018.

This was after the Gulu Municipality Member of Parliament (MP), Lyandro Komakech moved a motion seeking leave of Parliament to introduce a private member’s Bill entitled, “The National Legal Aid Bill, 2018”.

The motion was seconded by Kaberamaido Woman MP, Veronica Eragu who both convinced Members of the house about the need of the law.

While justifying his motion, Komakech noted the bill will help address land conflicts and support vulnerable groups which will prevent members of the public from suffering social exclusion.

“Over 80% of the people in Uganda especially women and youth are prevented by economic obstacles from accessing justice and from pursuing or defending their land/property rights and other rights before any court/body determining civil, criminal, commercial, administrative and social or fiscal matters,” Komaketch said.

Komaketch noted that in order to safeguard the basic right of all citizens to receive equal treatment in the course of asserting their rights and resolving legal disputes, there is need to enact a comprehensive and consolidated legislation providing an accessible, affordable, sustainable, credible and accountable legal aid services to indigent persons in Uganda.

Even though MPs had overwhelmingly supported to grant Komakech leave the Attorney General rejected the move noting that the bill will have financial implications.

The Attorney General noted that the ministry of justice was working on something similar urging the MPs involved to go to the ministry so that they can work on the Bill together.

“These services won’t be necessarily free, because government shall have to pay the lawyers who will be got but at a reasonable rate; if you gave us some time now taken more than 10 years,” Byarugaba said.

This was however opposed by some of the MPs which prompted the deputy speaker Jacob Oulanyah to ask the attorney general to clarify on how long he needs to bring the Bill.

Byaruhanga later requested for a period of one month to prepare the Bill and present it to the House for debate and enactment. 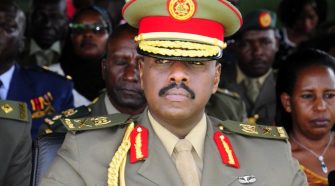