The Attorney General, William Byaruhanga has said he hopes the ongoing investigation into allegations of sexual harassment against the Deputy Solicitor General, Christopher Gashirabake, is concluded within one month.

Early this month, Samantha Mwesigye, a Senior State Attorney working in the Ministry of Justice came out publicly revealing that she had for over 10 years suffered sexual harassment from her boss. She claimed she has not received any help from the relevant authorities she reported to.

On Thursday, the Speaker of Parliament, Rebecca Kadaga told journalists at Parliament that following a petition from a delegation of Women Movement led by the National Female Youth MP, Ann Adeke Ebajju on May 22, she has held a meeting with the Minister of Gender, Janat Mukwaya and the Attorney General, William Byaruhanga.

The Speaker said the meeting was aimed at receiving an update on what has so far been done following the claims as well as finding a way forward.

Kadaga said that during the meeting, she was briefed that a committee led by Administrator General, Charles Kasibayo and three others including, Harriet Baabi and Grace Apinyi was instituted to investigate the matter.

“I understand the committee was appointed in February, 2019, and they have already commenced work, so in the circumstances, we agreed that we wait for the committee to complete their investigations, give us a report and then we shall know how to proceed,” Kadaga said.

She also noted that during the engagement, the Minister for Gender, Janat Mukwaya informed her that should the complainant be discontent with the findings of the internal committee, she will be at liberty to appeal to the relevant authorities.

“The Minister of Gender said that once the subject is not satisfied with the outcome of the committee, she can appeal to the Commissioner for Labor, and if still she is not satisfied, she can then go to the industrial court,” Kadaga said.

The Attorney General, William Byaruhanga noted that they hope the investigation will be concluded in a one-month period and present the report be presented to Parliament.

“The committee is active right now, it has received communications by both the parties, it is going to listen to both the parties and it will then give us their findings and upon giving us the findings, we shall take the decision,” Byaruhanga said.

When the Ministry of Justice released a statement recently, indicating that a committee had bee instituted to investigate the allegations, some activists raised concerns that there was no clear timeline during which the investigation would be undertaken.

Last week, Mwesigye noted that despite running to relevant authorities for help, she has never been attended to.

Mwesigye accused the Solicitor General of not attending to her claims despite writing several letters to him.

“I want him to tell me whether he responded to my letter of 28th March were I told him that I had heard from the deputy attorney general that a committee was set up; I asked to be notified of the composition and of the procedure but he has not responded up to today. Why is the committee being not known to me, why is it a secret, I complained to them using formal structures, they let me down,” Mwesigye said.

Mwesigye however vowed not to be muzzled but continue fighting on until she attains justice. 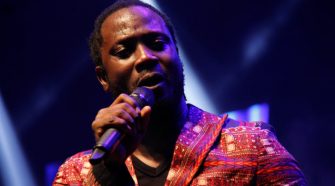