The call by Moussa Faki Mahamat, chairman of the African Union Commission on Monday comes two days after DRC authorities barred Moïse Katumbi, a leading opposition leader from entering the country to register as a candidate and participate in the December elections.

Congo presidential candidates are required to register with the electoral commission before August 8.

Katumbi, 53, last Friday planned to travel home by road via Zambia after authorities in Kinshasa denied him permission to fly from South African to Lubumbashi, a province of Katanga.

Sesanga said the refusal to allow Katumbi enter the country is an attempt by President Joseph Kabila to derail Katumbi’s candidacy.

“It is crucial, from this point of view, to ensure respect for the rights and freedoms of all Congolese, as guaranteed by the Constitution and the relevant African and international instruments, as well as to implement appropriate restraint measures and create an environment conducive to fair electoral competition,” Faki Mahamat said in statement.

“The African Union will spare no effort to help mobilize the necessary technical and logistical support for the successful organization of the elections scheduled for December 2018.

In a tweet posted on Friday afternoon, he said he would “fight” what he termed as an attempt to “withdraw from Congolese their right to real elections”.

“The DRC has become private property where access is prohibited according to the whims of its owner,” another tweet from Salomon Della, a special adviser to Katumbi read.

Previous opinion polls place Katumbi ahead of President Kabila, who has refused to step down since 2016 when his term in office ended.

Katumbi was forced into exile in May 2016 when prosecutors accused him of hiring foreign mercenaries and he was sentenced to three years in prison for real estate fraud. Katumbi has said all accusations leveled against him are politically motivated.

Another rival of Kabila, former rebel leader and ex-vice president Jean-Pierre Bemba, 55, returned home last week and he launched his bid for the presidency, secretary – general of his party Eva Bazaiba said.

Kabila, 47, has been at the helm of DR Congo since 2001, following the assassination of his father Desire Laurent Kabila. He has not said whether he will seek a new term in the poll. 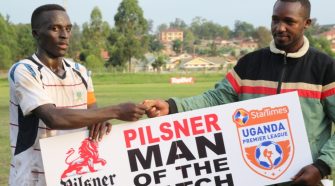