Authorities in Entebbe municipality have closed the bar in which popular musician Mowzey Radio was reportedly assaulted last week resulting into his death.

The entertainment spot known as ‘De Bar’ has been ordered to shut down its operations by the Town Clerk of Entebbe municipality in relation to the unfortunate incident.

This is contained in a letter written by Lutaaya Dan Fred, the Town Clerk of Entebbe municipality to the Management of De Bar ordering for its closure.

“Following the gruesome incident that has led to the death of one of our top musicians, Mowzey Radio, that happened in your bar, Council within the powers vested in it to regulate and control businesses within her area of jurisdiction has closed your bar with immediate effect,” the Entebbe municipality town clerk wrote.

To that effect, all licences and permits issued to the bar have been revoked.

“Your premises must be kept closed under lock and key in observance of this order,” the letter further read.

Authorities said that breach of the order by the bar will attract a fine of Shs 1 million.

According to an account given by the Management of ‘Goodlyfe’, a duo group under which Radio has been singing, the singer was hospitalized after being assaulted in the said bar.

The statement released last week stated that prior to the assault, there had been an exchange of words as Radio was exiting the bar to return to Kampala. He was reportedly beaten ‘viciously’ resulting into a severe brain injury that would later kill him.

The owner of the bar and four other staffers have since been arrested by Police but others remain at large. 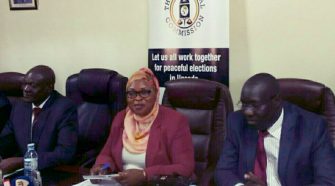