Erick Kabendera, an investigative journalist in Tanzania, will have to spend more days in custody after a Court in Dar es Salaam Court on Thursday decided to commence his bail application hearing on August 5.

Initially the prosecutor asked the court for time to counter the application suggesting 7th August, 2019, because he has another case tomorrow, 2nd August, 2019.

However, the applying advocates asked the court to ignore the prosecutor’s request for the accused (Erick Kabendera) has been under police custody for more than 3 days without bail or being brought to court.

Advocates Shilinde Swedy and Catherine Ringo, would later succeed to convince the judge to set a nearer date (August 5) for the hearing so that the accused can be granted temporary freedom.

Meanwhile, by press time, THRDC Advocates were at the Immigration Department working on the possibility of the accused, Erick Kabendera, getting police bail.

Kabendera was arrested from his home near Dar es Salaam by six people in plain clothes who refused to identify themselves but claimed they were ferrying him to one of the Police Station.

The country’s Police, would later come out to admit that they were behind his arrest and that they are holding in custody on the ongoing investigations about his Tanzanian citizenship.

“We are holding him (Erick Kabendera) for questioning because authorities are doubting his citizenship. We are communicating with the immigration department for further measures,” Regional police commissioner Lazaro Mambosasa told reporters at a news conference, before adding that, they had invited the journalist for questioning several times, but he did not show up.

The Union of Tanzania Press Clubs has in a statement in a statement demanding Kabendera’s release, noted that the issue of his Citizenship was resolved earlier, and thus, there is no need of further detention.

“Eric Kabendera’s citizenship had previously been questioned again and resolved in 2013, the question remains, why is he being questioned again over a matter that was resolved?” reads the statement.

They said holding the journalist over a matter that was solved in 2013, is an indication of violation of Press Freedom and human rights. 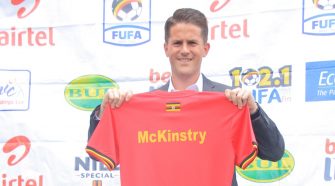