The Management of Bank of Africa has issued an apology to the DFCU Bank Managing Director, Juma Kisaame and committed to reprimand the staffer(s) who leaked details of his bank account to the public.

In the last few days, what is said to be Juma Kisaame’s bank account statement in Bank of Africa, has been making rounds on social media. A screenshot of the purported statement reveals an account balance of USD 40 million.

Some sections of the media have since used the leaked details to allege that Kisaame could have been individually involved and benefited from the ‘sham’ acquisition of distressed Crane Bank Limited last year.

Now, Bank of Africa has come out and revealed how their client’s (Kisaame) bank account details ended up in the public realm.

“Management carried out an extensive investigation and established that one of the staff was compromised to access Mr Juma Kisaame’s accounts,” the Management of Bank of Africa said in the press statement released Monday.

The bank adds that “confidential details relating to the accounts were leaked to outsiders and apparently used to create distorted allegations about Mr Juma Kisaame’s bank details”.

Bank of Africa has disassociated itself from what it terms as unprofessional and illegal actions of the said staffer and those who may have corruptly procured them to carry out the misdeed.

As such, the entity has said it will undertake necessary disciplinary measures for those culpable.

“The bank has initiated necessary disciplinary proceedings against them and will make a formal criminal complaint,” read the statement.

“The bank wishes to apologize to Mr Juma Kisaame for the inconvenience and any damages caused by this regrettable incident,” Bank of Africa added.

The Bank of Uganda Financial Consumer Protection Guidelines of 2011 compel financial institutions including commercial banks to safeguard the information relating to customers’ accounts. 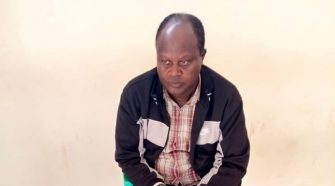