The Government of Sudan through the Attorney General, Taj AlSir AlHeabr has set up a committee to investigate the role played by Bashir in the 1989 coup.

Bashir’s reign over Sudan ended in April, 2019 when he was deposed by the army after over 30 years in power. This was in the wake of public protests demanding that he steps down.

AlSir AlHeabr’s committee’s findings will shape the basis of prosecution against Bashir for going against constitutional systems and upon conviction, he is liable to life imprisonment of death.

According to ‘Hot in Juba’ a news site, AlHeabr said that the committee has the talents of public prosecution of army coup perpetrators.

The committee is empowered to call any man or woman to help with investigations and could document back in three months, the Attorney General added.

“I hope that the findings will lay down a marker towards forceful take-over of presidency that has characterized Sudan’s politics,” AlHeabr said.

Bashir is already incarcerated and facing a possible trial over economic crimes committed during his 30-year reign.

Sudan’s first coup took place in 1958 two years after the country had gained its independence manned by Ibrahim Abboud who was later dethroned by Jaafar Numeiro in 1969 who was later thrown out by Al-Bashir. 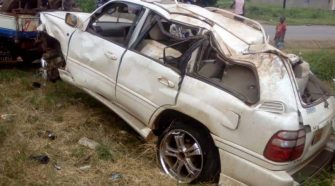