Sudan’s former President Omar al-Bashir has appeared in public for the first time since he was overthrown in April this year.

On Sunday, the 75-year-old former President who had led Sudan for three decades appeared in public as he was transferred from the maximum prison in Khartoum where he is being detained, to the office of the anti-corruption prosecutor.

He was informed of the charges of “possessing foreign currency and acquiring suspicious and illicit wealth” he faces.

The ex-President has become a victim of a law he himself imposed which made it illegal to carry more than USD 3,000 in foreign currency.

Security forces said recently that they had seized more than USD 113m worth in cash in three currencies from Bashir’s residence.

Omar al-Bashir was deposed by the Sudanese military on Apr 11 and later arrested. This followed weeks of protests by masses in the capital, Khartoum.

He faces at least 10 years in prison if he is found guilty.

Since his overthrow, the Transitional Military Counci (TMC) has been in charge of the country but protests have not stopped. Protesters continued to camp in the capital, demanding that the military transfers power to civilian authorities.

A June 3 recent raid on a sit-in site in Khartoum by the military saw many protesters brutalized and others killed. A Sudanese medics’ group placed the death toll to more than 100 people but the health Ministry put it at 61.

Reports indicated that some of their bodies were thrown in the Nile River.

Bashir is wanted by the International Criminal Court (ICC) on charges of crimes against humanity and genocide relating to abuses by Sudanese forces in the country’s Darfur region between 2003 and 2008. 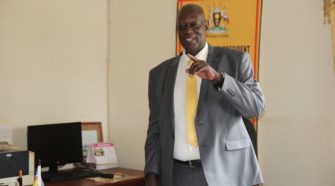