Uganda’s Chief of Defence Forces, Gen David Muhoozi who is in Somalia has told the UPDF contingent currently deployed on a peace keeping mission there, to be cautious in their operations so as not to leave loose ends that the Al-Shabaab militants can exploit to carry out attacks.

Gen Muhoozi said this while meeting Commanders and Staff officers of Sector One at Contingent Headquarters in Mogadishu on Friday 23 November 2018.

“I observed that Alshabaab every time they are devising new ways of sabotaging AMISOM’s successes such as opening up water canals in order to flood our Forward Operating Bases (FOBs) to disable mobility,” he said.

He said that the Al-Shabaab militants have learnt to place cameras high on trees to monitor the movements of the AMISOM troops as well as laying of mines on frequently used routes.

“You should avoid creating patterns while on the move since Al-Shabaab studies those patterns and lays IEDs,” warned the CDF.

IEDs also known as improvised explosive devices are bombs constructed and deployed in ways other than in conventional military action.

The CDF applauded the successes achieved so far in Sector One of the AMISOM project.

He specifically hailed Battle Group 23 (BGXX111) for neutralizing Al-Shabaab in the Bullomareer attack on Easter Day of this year in which 123 Al-Shabaab fighters were killed, 3 technical vehicles destroyed and a huge assortment of military hardware captured.

“That was a big blow to Al-Shabaab and a warning to the enemy that UPDF is a force to reckon with. It is because of your readiness, determination and resilience that we have a success story in Somalia,” the CDF acknowledged

On the same occasion, Brig Paul Lokechi, the Contingent Commander briefed the CDF on the achievements attained so far in the year 2018.

He said that the UPDF contingent have denied the enemy freedom of action, secured the population and established cordial relationship through dialogue and mediation among warring clans such as Abirgid and Bimal in Marca city.

“Despite pockets of Alshabaab IEDs in civilian social centers, Mogadishu city is vibrant and preoccupied with social economic activities. This is all thanks to UPDF and support of our partners”

“We will continue to conduct mop-up and disruptive operations in support of SNA in order to deny Alshabaab freedom of action.” Charged Brig Lokech

“UPDF medics conduct surgery on cleft-lips patients free of charge. All these civil military activities have earned UPDF acceptance to the Somali population who regard us not as an occupation force but to help them,” said the Contingent Commander

According to Maj Peter Mugisa, the Public Information Officer for the UPDF contingent in Somalia, Gen Muhoozi is still in Somalia touring UPDF missions in the area. 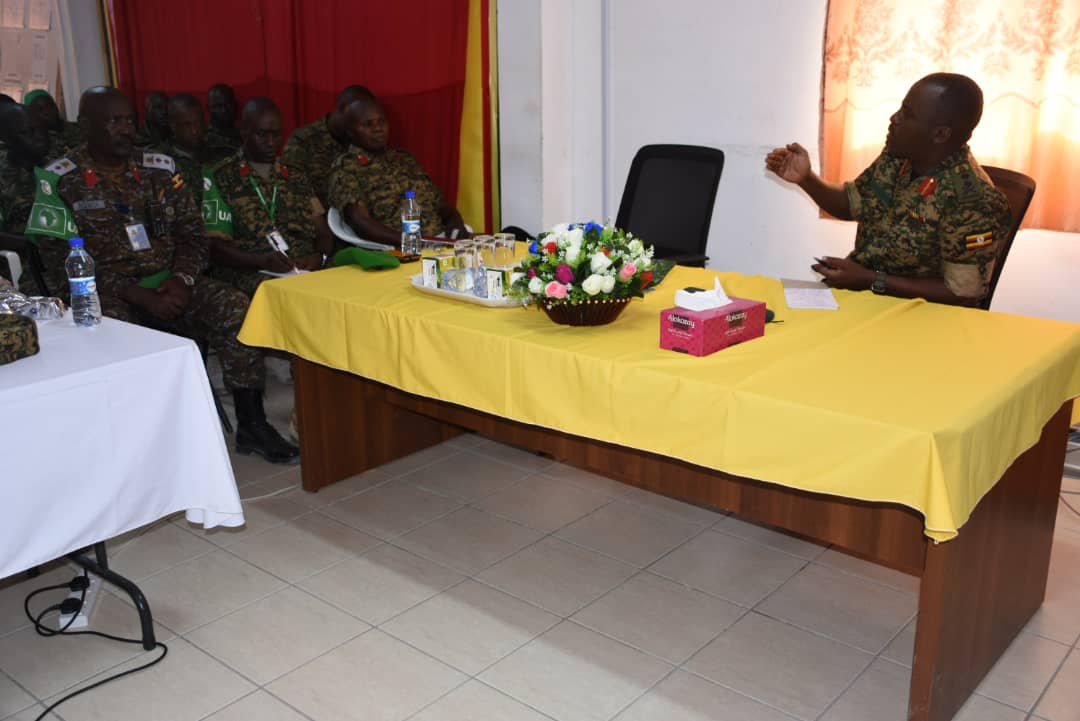