When long serving President, Robert Mugabe, was toppled by the military in Zimbabwe in 2017, and replaced him with sacked Vice President, Emmerson Mnangagwa, Zimbabweans took to the streets to celebrate an end to the former’s nearly 40-year rule.

Many were very optimistic that the new leadership would not only usher in a political change, but also, take the country’s economy off life support, create more jobs for the youths as well as stamping out corruption.

But one year down the road, the developments in the South African country seem to point to the contrary.

In the last couple of weeks, the military and Police in Zimbabwe have reportedly embarked on a brutal crackdown on the protests which emerged on January 14, after Mnangagwa announced a 150% increase in petrol prices in a country that suffers daily shortages of banknotes, fuel, food and medicine.

According to Zimbabwe Human Rights NGO Forum, 12 people have been killed and 78 treated for gunshot injuries. The body says it has registered 240 incidents of assault and torture.

It has been reported that shootings, beatings and abductions of opposition figures, activists and ordinary residents across the capital Harare and the Southwestern Town of Bulawayo, have become the order of the day.

Over 700 people are said to have been arrested, the internet has been temporarily shut down twice, and social media remains largely blocked despite a court ruling for its reinstatement early this week.

High Court ruled that the Minister of Security had no powers to issue any directives for the shut down of the internet and therefore, social media access should be restored.

Residents have accused the security of embarking on a ‘house to house’ search for suspects behind the protests and in the process rape, brutalize and intimidate whoever they come across, including women and children.

However, the army and Police held a joint press conference last week Saturday and denied any misconduct, saying some assailants raiding homes were wearing official uniforms (which they stole from security facilities) to pose as security personnel.

He said in an interview on Monday that Nelson Chamisa of the opposition party, Movement for Democratic Change (MDC), was seeking to gain power “on the blood’’ of the Zimbabwean people.

Chamisa has instead said “our country is going through one of its worst moments, my thoughts are with the victims of violence”.

“Despite the vitriol, we maintain a dignified position befitting our role as led by the people. We remain committed to peace in solving the challenges that triggered the turmoil’’.

But Zimbabwean opposition MP, Chalton Hwende, who also doubles as the Deputy Treasurer of the MDC, told SoftPower News, that him and some other opposition politicians are in hiding following attempts by government to have them arrested over accusations of inciting violence.

Hwende has been using social media to post pictures of people allegedly brutalized by security as well as calling upon international society to give a hand in stopping crimes against humanity.

He says Zimbabweans are being tortured, women raped and persecuted on political lines.

According to the Crisis in Zimbabwe Coalition, a civil society organization in South Africa, there are many chances that the violence may escalate if it is not adequately addressed. They say rape and torture by the military continue to define the country.

‘’There are arbitrary arrests, detentions, torture and enforced disappearances and fast-tracked trials and convictions. The Zimbabwe lawyers for human rights has handled over 800 such cases and accused persons are not enjoying the right of fair trial as prescribed by the law,’’ they said on Thursday.

“In light of the economic situation, I will be returning home after a highly productive week of bilateral trade and investment meetings. We will be ably represented in Davos by Minister of Finance, Mthuli Ncube. The first priority is to get Zimbabwe calm, stable and working again,” Mnangagwa tweeted before returning home. 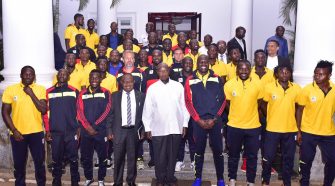