Kitgum Municipality Member of Parliament, Beatrice, Anywar has denied claims that she voted in favor of the removal of Presidential age limits from the constitution during Wednesday’s Parliamentary vote.

Many opposition MPs and supporters were left surprised on Wednesday afternoon when Anywar, once an FDC stalwart voted YES as the MPs took an open vote on the proposed amendment to repeal the age limits.

Many anticipated that she, like the rest of the opposition legislators would not back the amendment which is largely being championed by the ruling NRM party.

But asked late on Wednesday on why she chose to support the removal of age limits, Beatrice Anywar denied, saying she was misunderstood. She said that it was a tactful decision to grant her the chance to vote for the reinstatement of Presidential term limits.

“When i consulted on the term limits, the people of Kitgum Municipality said the most important part was to bring back term limits,” Anywar told NTV in an interview.

“So, when I voted YES, I meant that the report on the Bill should come at Committee stage so that it enables the clause on reinstating the term limits to take the day”.

The legislator who was once nicknamed ‘Mama Mabira’ for her spirited fight to save the sale of part of Mabira forest to investors, said the reinstatement of term limits is something Ugandans have longed for.

“And as I speak, the House has already voted to have term limits reinstated for this country,” she added.

Parliament amended the constitution in 2005 to remove the two five-year term limitation.

“When I consulted on age limits, my people said No. But when it comes to Committee stage, you vote clause by clause. I only said YES to reinstate term limits but not to remove age limits,” Anywar explained.

She said that when it comes to voting for specific clauses which is currently underway, she would vote NO.

“Parliament works in a way that when we allow the Bill to the next stage, the opportunity we have is to ensure every clause is voted on separately. So my interest was on term limits on which I intend to vote YES”.

Following the surprise vote, some opposition MPs including Aruu county legislator, Odonga Otto and Obongi county MP Kaps Fungaroo came out to state that Anywar’s decision was not a surprise. They said that she is known to be loyal to President Yoweri Museveni.

When NTV put Anywar on spot, she was hesitant to give a straight answer as to whether or not she would vote for Yoweri Museveni if he stood for President come 2021.

“I can’t say anything now because I will have a choice. That is anticipation,” she said.

Beatrice Anywar fell out with her former party, FDC in 2015 after she endorsed former Presidential candidate, Amama Mbabazi instead of the FDC candidate, Kizza Besigye. Later, the FDC would sideline her as the party flag bearer when she contested for MP in Kitgum municipality.

She later made a statement in the press declaring that she was not aligned to any political party, refuting claims that she was still in FDC. 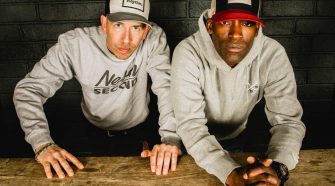