Besigye Decries Police Heavy Deployment in Rukungiri Ahead of Thanksgiving

Police trucks stationed near Rukungiri main stadium where the thanksgiving ceremony was scheduled to take place.

Police has deployed heavily in the South Western district of Rukungiri ahead of a planned thanksgiving in Rukungiri main stadium.

Several teargas trucks were Monday morning stationed along the road that leads from Rukungiri town towards the main stadium and Rwakabengo where former FDC President, Dr Kiiza Besigye’s residence is situated.

Besigye who is currently in Rukungiri, his home district, posted on his Facebook lashing out at Police which he accused of attempting to clamp down on the freedoms of Ugandans to hold a peaceful thanksgiving ceremony.

“Road to my home blockaded. May be, planning to massacre people as happened in Kasese,” he added.

However, Police say the planned event is unlawful as the organizers did not get the required permission from Police.

The Police Spokesperson for Kigezi Region, Elly Matte told Soft Power News on Monday that the deployment in Rukungiri is intended to stop an illegal assembly.

He said that organizers had not fulfilled the requirements stipulated in the Public Order Management Act.

“They may want to call it a peaceful thanksgiving, but in actual sense, it is unlawful. Those people did not seek permission from the relevant authorities,” Matte said.

“The IGP wrote to them informing them not to proceed with an unlawful assembly but they are trying to defy his directives,” he added.

He also revealed that the said thanksgiving had not been cleared by the authorities in charge of Rukungiri stadium where the event was scheduled to take place.

“There was an ongoing trade show in the stadium. The people behind the event (thanksgiving) were not cleared on grounds that the people behind it were not known to those in charge of the venue,” Matte said.

Opposition political actors have at several occasions described the Public Order Management Act as a law crafted to clamp down on their rights and shrink their space.

The law which was passed in 2003 gives the Police discretionary powers to veto gatherings of as few as three people in a public place to discuss political issues. Police can also break up meetings of three or more people discussing political issues in their own homes.

It requires that Police receives a written notice of public meetings seven days in advance and they may only take place between 06:00 and 18:00.

Police is entitled to turn down requests on grounds that the venue is already being used, is considered unsuitable or “any other reasonable cause”, the bill states. 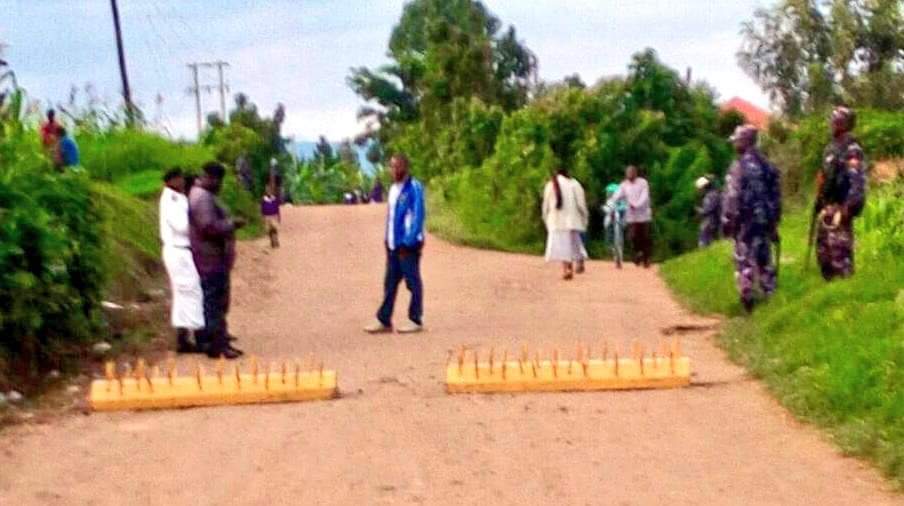