Three days after Jennifer Musisi handed over office of the Kampala Capital City Authority (KCCA), the Minister in charge of Kampala, Betty Kamya has appointed an interim replacement to fill the position.

In a letter to President Yoweri Museveni dated October 15, Musisi said she had decided to resign because of what she termed as failure to reconcile competing interests among other issues.

During the event to handover office, Minister Kamya said she was awaiting further instructions and guidance from President Museveni regarding Musisi’s replacement. She also said that the President had not formally accepted Musisi’s resignation.

The Minister has now issued a statement appointing Eng Andrew Kitaka Mubiru to act in the capacity of Executive Director for KCCA. Eng Kitaka has been serving at KCCA as the Director for Engineering and Technical Services.

“I have assigned duties of Executive Director to Eng Andrew Kitaka Mubiru who is substantively the Director for Engineering and Technical Services at KCCA,” the statement by Minister Kamya stated.

“At the same time, I hereby affirm Mr Samuel Sserunkuma to continue carrying on the duties of Deputy Executive Director until such a time when the substantive one is appointed,” the statement further states.

The Minister for Kampala has appealed to staff of KCCA to remain focused, objective and to ensure performance to the expectations of the public and the nation at large. She further asked the general public to accord the interim leadership maximum cooperation.

It remains unclear when it is that President Museveni who is the appointing authority for the position of KCCA Executive Director will unveil Musisi’s replacement.

Recently, there were reports in the press citing three individuals – Eng Andrew Kitaka, Henry Mayega, Uganda’s Deputy Ambassador to China and Patrick Mukiibi, the commissioner for Tax Investigation at Uganda Revenue Authority as candidates who are currently being appraised for the position. 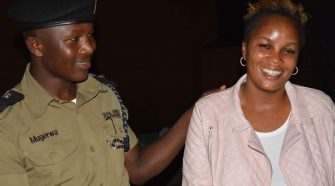