According to the police bond letter issued to her, Nambooze will be required to appear before the Commissioner of Homicide department at Kibuli on July 29, 2018 and will continue appearing before the same office.

Nambooze was arrested early this month by Police from her home in Mukono and charged with offensive communication following the gruesome murder of Arua Municipality MP, Ibrahim Abiriga.

Her arrest and subsequent medical treatment at Kiruddu hospital has drawn a lot of criticism towards the Police for what many including the Uganda Human Rights Commission have termed as serious rights violations.

Releasing the legislator followed numerous calls by her fellow politicians and sections of the public to have her released so she could travel to India for further specialized treatment.

In a letter dated June 20 referring the MP to Manipal Spine Care Centre in India, Dr Byarugaba Baterana, the Executive Director of Mulago Hospital said that a week prior to Nambooze’s admission at Kiruddu, she experienced severe low back pain radiating to left lower limb which worsened due to movement and vibrations. She also experienced chest and epigastric pains.

However, Dr Byarugaba says that despite laborious to treat her, her situation requires examination by her former doctors in India.

According to Nambooze’s Personal Assistant, Arthur Mugabi, the legislator will be soon be discharged from Kiruddu hospital.

“We are almost done with the discharge forms at the hospital and we shall be taking the MP to Bugolobi nursing home as we finalise preparations to have her taken to India for further treatment,” Mugabi said. 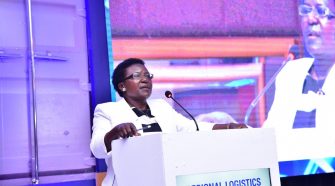