For some time now, there has been concerns from members of the public on the conduct of some of the Local Defence Unit (LDU) personnel, whom they accuse of use of disproportionate force while enforcing compliance with measures issued by Government to stem the spread of covid-19.

It should be remembered that more than 13,000 LDUs were recruited in July last year from districts in Central, Eastern, Northern and Mid-western regions of Uganda, on top of the 6,000 LDU personnel who had earlier been recruited.

The recreation of LDU was aimed at enhancing the existing foundation of security in the country to fight crime and ensure continued security of people and their property. The unit had performed well in Local Defence of urban and village areas in the 1990s.

Prior to their recruitment in 2019 and subsequent deployment, there was a high spate of crime in Kampala Metropolitan area and to the LDU’s credit and joint security agencies, the rate of crime has exponentially reduced.

In fact, LDU had previously been supportive of the UPDF counter-insurgency operations in  northern Uganda against the Lord’s Resistance Army and and Teso region.

As such, the UPDF has consistently said not all LDUs misbehave or have misbehaved but instead, individuals deviate from the code of conduct and rules of engagement and the military always takes action against them.

The country has witnessed a number of LDUs involved in acts of misconduct being arrested, tried and sentenced. The most recent was in Oyam district where two LDU personnel, Felix Okumu and Jolly Thomas Opoka and a soldier Geoffrey Ogwang were sentenced to 40 years, life imprisonment and 20 years respectively, in relation to the murder of 65-year-old Francis Ogwang Munu.

The trio killed Ogwang when they beat him up while enforcing curfew guidelines on June 27.

In April this year, several LDUs across the country were arrested for manhandling Ugandans while enforcing government directives against the spread of COVID-19. Some were, in March, seen in pictures manhandling women who were vending food and fruits.

The Chief of Defence Forces (CDF), Gen David Muhoozi, apologised to the women and changed the LDU command in Kampala Metropolitan area.

These interventions and more to reign in on the errant LDUs seem to be hitting a dead end in taming and completely eliminating their misconduct. More cases continue to be registered across the country.

Last Thursday, an LDU personnel was captured on video hitting a man lying on the ground with a tool. In all the cases, the culprits were arrested and tried by the General Court Martial.

Now, SoftPower News has learnt that the leadership of the UPDF has resolved to review the deployments of the LDUs in regard to the enforcement of covid-19 measures.

Asked how the army is decisively responding to the commissions of LDUs in continued conformity to the discipline for which the UPDF is renowned, Defence spokesperson, Brig Gen Richard Karemire on Tuesday told this news website that the UPDF is not oblivious to the mistakes of some of the LDUs.

“We are not oblivious to these mistakes. We have charged before the Court Martial, the LDUs and servicemen who deviate from our code of conduct, tried and sentenced them,” Brig Gen Karemire.

“We are going to review the LDU deployments,” he added.

In a subsequent statement later in the day, Brig Gen Karemire said the review would be focused on the deployment of LDUs in enforcement of the measures against covid. He did divulge details.

UPDF has for more than 3 decades been commended as a professional force which is subodinate to civilian authority.

On top of defending Uganda’s territory and maintaining uninterrupted peace for more than 3 decades, the force continues to engage in several rescue operations to save lives from slides in Bududa district and floods in Kasese and Bundibugyo, among others.

The UPDF has contributed to regional peace and stability as well as fight terrorism in Somalia. In the early 90s, the Ugandan army contributed to a peace keeping mission and fought the Lords Resistance Army, a terror organisation, as far as the Central African Republic. UPDF is commended by countries around the world for securing key infrastructure in Juba, South Sudan that enabled the evacuation of several countries’ nationals and saved their lives from looming death at the height of a conflict between warring parties in South Sudan. UPDF is also credited for stopping deaths by acting and intervening fast at the request of the South Sudanese government. 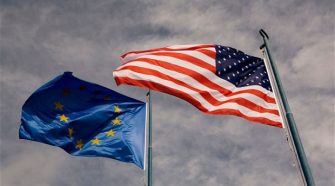