The Bill was withdrawn from Parliament in February this year on the guidance of the Deputy Speaker, Jacob Oulanyah.

At the time, Oulanyah noted that the mover (Amoding) of the proposed law was continuously introducing new amendments in the middle of the legislative process.

The Bill had been introduced in the House for second reading and was at the committee stage when Oulanyah objected to the fact that there were new amendments in almost every clause, subsequently asked that it be withdrawn.

On Tuesday, Amoding was allowed to re-table the Bill despite lacking a certificate of financial implication. It has now been sent to the committee on Legal and Parliamentary Affairs for further scrutiny.

The Kumi legislator told the House that despite making several efforts to secure the Certificate of Financial Implication, she was denied one by the responsible Ministry of Finance, Planning and Economic Development.

“As we agreed, the statutory period for the Minister to avail the Certificate has long expired. Therefore, we are now proceeding under our Rules of Procedure to receive the Bill and we send it to the Committee of Legal and Parliament Affairs for expeditious perusal and report back,” Kadaga noted.

State Minister of Finance in charge of Planning, David Bahati, apologized for not having provided the required certificate in time.

He however pledged to present the same in one month upon request in future.

“A souse who performs a sexual act with his or her spouse without the consent of that spouse, whether the spouses are living together or in separation, commits an offence known as marital sexual assault,” reads part of the bill.

The bill also provides that any person who forcefully performs a sexual act on another person without consent or with consent, if the consent is obtained by force or by means of threats or intimidation of any kind or by fear of bodily harm or by means of false representations as to the nature of the act, or in the case of a married person by personating his or her spouse, commits the felony termed rape and shall on conviction be liable to life imprisonment. 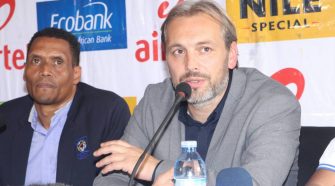