Kumi Woman MP, Monica Amoding has Tuesday withdrawn the Sexual Offences Bill, 2015 after the Deputy Speaker, Jacob Oulanyah who was presiding over plenary declined to proceed with the Bill due to the numerous amendments that were introduced during the process.

The Bill had been introduced in the House for its second reading and was at the committee stage when the Speaker noticed that there were many new amendments in almost every clause.

Oulanyah noted that the changes that were being introduced to the Bill seemed to be bigger than the amendments themselves.

“I am just pointing out a procedural fact where the amendments to the proposed bill are bigger than the Bill itself. Is it still the same bill? The reason for gazetting the bill is to alert the whole public that this is what we are going to discuss, now if what is coming out is completely different from what you gazeted, is it still the same process?” Oulanyah noted.

Amoding had earlier argued that she had invested a lot of time and resources to have the bill reach the committee stage which would be so discouraging to the members of the public whose plight the bill seeks to address.

“The issue we are discussing is a very sensitive matter regarding sexual offences and all Ugandans would be concerned about it. It has taken three or so years and there has been a lot of consultations on the matter,” Amodimg said.

“Our argument is that we consider the bill because of the interest the public has in it which has resulted into a lot of redrafts, Amoding requested.

Amoding was supported by Ayiivu county MP, Beranrd Atiku who noted that it takes a long time for private members to have their bills gazetted as government is not always willing to give them certificates of financial implications which is a prerogative for any bill to be considered by Parliament.

However, the Minister of State for Finance, David Bahati pledged to support Amoding as soon as the amendments were ready.

While tabling the Bill as a private member in 2015, Amoding argued that the legislation was intended to consolidate laws relating to sexual offences and combat sexual violence in Uganda.

The proposed amendments seek to redefine rape to make it broader and thereby capture more instances of violence against women and men that are not taken care of in existing legislation.

For example, the draft amendments propose a redefinition of a sexual act to include penetration of the vagina, mouth or anus.

It is also proposed that rape should not be limited to an act of immorality but should constitute an act of violence against the person.

The proposals also take into account instances of a female person who aids a male person in perpetrating the rape of another female as having committed rape herself under the general rule of principal offenders which covers not only a person who actually does the action.

The other outstanding clauses in the bill touched on the subject of marital rape and the bill had proposed that any person who forcefully performs sexual act against another person, without consent or through force and intimidation commits a felony termed rape and shall on conviction be life imprisonment. 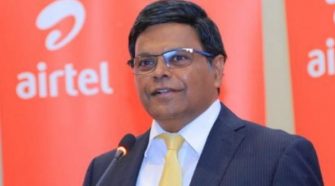