The decision by the Deputy Speaker followed a number of objections that were raised by the Deputy Attorney General, Mwesigwa Rukutana after Niwagaba presented the request to be granted leave.

Niwagaba told Parliament that despite the Supreme Court ruling in the matter of Amama Mbabazi Vs Yoweri Museveni, Electoral Commission and the Attorney General in Presidential election petition No.1 of 2016 directing government to have electoral laws enacted before two years to general elections, government has failed to introduce the necessary laws.

Niwagaba said that the amendments that he seeks to table before the House have nothing to do with the electoral reforms that were introduced to the House by the Attorney General last week.

He said the object of the Bill is to amend the Constitution of Uganda in accordance with Articles 259 and 262 to among others increase the number of members of the Electoral Commission from seven to nine.

In addition, Nuwagaba’s Bill intends to prohibit the appointment of Ministers from Members of Parliament and to create the Office of the Speaker’s Panel.

Niwagaba also wants to repeal the Office of Resident District Commissioner as well as change the name of Uganda Police Force to Uganda Police Service and provide for the regulation of its conduct.

However, the Deputy Attorney General, Mweaigwa Rukutana contended that the motion has a lot of financial implications which would require the mover to first seek a certificate of Financial Implication from government.

He also noted that proceeding with this motion would be contrary to the resolution that was passed by Parliament to the effect that government sets up a Constitution Review Commission whose establishment is in advanced stage.

The Deputy Speaker thus ruled to defer the debate to a later date so as to study the issue at hand and offer a ruling. 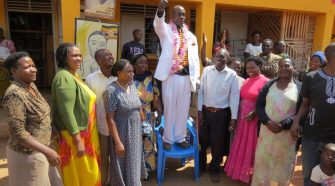