Uganda Law Society (ULS), the body that brings together lawyers in Uganda, has condemned the blocking by security of music concerts of Kyadondo East Member of Parliament, Robert Kyagulanyi Ssentamu alias Bobi Wine.

Bobi Wine has recently accused security of stifling and stopping his music shows as well as blocking him from performing at events where he is invited.

The most recent was the blocking of his Boxing Day concert at One Love Beach Busabala by Police which they said had not been cleared.

A fortnight ago, Bobi Wine was also stopped from performing at a music show in the eastern town of Jinja, when security personnel condoned off a hotel when he was resting, hours before the show.

Now, ULS in a statement says the move is unlawful and violates the laws of the land.

“Article 40 of the constitution of the Republic of Uganda provides every Ugandan with right to practice one’s profession and trade. The act of denying one the right to practice his trade is therefore not only unlawful but also unconstitutional,” explained ULS in a statement.

In the case of the Boxing Day concert, Bobi Wine came out and accused Police of being discriminatory in the operations since they allowed and availed security to ‘Mutima Gwa Zaabu’ concert, a show organised by another musician, Moses Ssali alias Bebe Cool who is also know for his public support for President Yoweri Kaguta Museveni.

The lawyers’ body says Police shouldn’t act in a manner that is deemed discriminatory against any individuals in Uganda since all citizens are equally before the law.

The lawyers say Article 21 of the constitution of Uganda provides for equal treatment of all persons by Police and other security agencies.

It states that: “All persons are equal before and under the law in all spheres of political, economic, social and cultural life and in every other respect and shall enjoy equal protection of the law”.

In that regard, ULS says that any powers conferred upon the Police in the exercise of its functions should be done without discriminatory conduct.

They reminded the public of the Police mandate to facilitate public order and safety under the Public Order Management Act and asked them to help police in fulfilling their mandate.

They however cautioned Police not to misuse their mandate by acting outside the precincts of the law and in a discriminatory manner.

They also pledged to continue monitoring the situation and vowed to avail any legal redress to enforce the rights of citizens and that individuals involved in the violation will be personally held accountable. 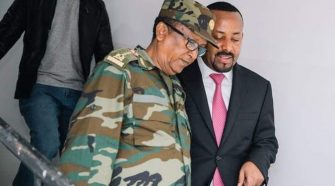