Opposition politician and Kyadondo East legislator, Robert Kyagulanyi (Bobi Wine) has Monday been arrested by Police after he attempted to hold a political meeting to consult his constituents.

He was arrested from Gayaza outside Kampala, along with other politicians affiliated to his political grouping ‘People Power’.

Bobi Wine’s meeting on Monday was scheduled to take place at Our Lady of Good Counsel Secondary School, Gayaza. It was to be the first of his series of nationwide meetings he recently announced.

These will help him seek public opinion regarding his planned Presidential bid in the 2021 general elections.

Police had deployed at the venue of the meeting early Monday morning. Some of the service providers were stopped by Police officers from accessing the venue.

No statement has so far been made by Police regarding the arrest of Bobi Wine.

However, on Sunday, SoftPower News reported that Wine’s meetings were still hanging in balance as Police seemed unsatisfied with his fulfilment of the requisite conditions.

Police spokesperson told this news website that as much as Bobi Wine notified the IGP, he did not attach all the necessary documentation required by law including letters from the proprietors of the venues he intends to hold his meetings and proof that he had written to the local authorities as claimed in his letter.

“These include indicating that the venue is going to be at this place, supporting proof from the owners of the venue, numbers of participants expected, time and purpose of the meeting”.

“The communication which he wrote to the IGP indicates the places Gayaza, Lira and others but the other attachments in support of the POMA are not there,” says Enanga.

The Police spokesperson said that Bobi Wine’s request “will be handled on a case by case basis” and will give more information to the public on the matter on Monday after getting guidance from the Police Director Legal.

Asked for a Yes or No answer as to whether the ‘People Power’ leader will hold the consultations Monday, Enanga could not give a straight answer.

Instead, he tasked this news website to state whether we were privy to any supporting documents presented by Bobi Wine as required by law. 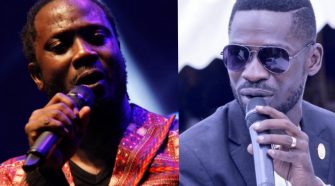