On Friday, Bobi Wine attended the event at the FDC party headquarters in Najjanankumbi where Muntu relinquished his office to the new President Patrick Oboi Amuriat.

Later, the Kyadondo East legislator who is not aligned with any political party posted on his social media lauding the democratic gesture exhibited by FDC.

He described the handover as a real symbolisation of peaceful change.

The singer-cum-politician commended FDC for being “an example and a beckon of democracy” by holding a fair and peaceful election as opposed to the ruling NRM party.

He equally praised the outgoing FDC President Maj Gen Mugisha Muntu for his consistency and political maturity. He referred to Muntu as a leader who has always stood by his word.

“I want to congratulate a good General, Gregory Mugisha Muntu upon the leadership you have offered to FDC and being an example,” he wrote.

He said that such a transition is significant especially at a time when the ruling government is unwilling to hand over power.

He pledged his support to the incoming FDC President Patrick Amuriat.

As much as he noted that Ugandans are increasingly yearning for a change of government, Bobi Wine challenged the politicians across the opposition spectrum to reflect on whether they are the change that Ugandans seek.

“Although we have achieved very many things together, there is still a lot to be done. Sometimes people who look at us from the outside see forces in disarray,” he said.

He said that the opposition must address the contradictions within itself. 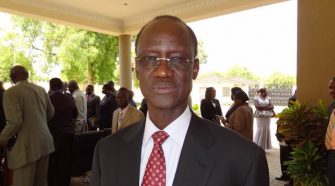 Our Reporter 3 years ago