Bobi Wine has mourned his supporter and fellow musician, Zigy Wine who was reported dead over the weekend after being hospitalized, asking Ugandans to work hard to redeem the country from the terror it suffers at the hands of his political adversaries.

Zigy Wine, real names Michael Kalinda died at Mulago national hospital. Last week, reports in the media stated that the singer and ‘People Power’ supporter had been kidnapped by unknown people who beat him beyond recognition.

The media also reported that one of Zigy Wine’s eyes was also plucked out during his abduction.

In a Facebook post on Monday morning, singer and opposition politician, Robert Kyagulayi (Bobi Wine) who described Zigy as a brother and friend said the deceased endured a lot of pain in his last days.

“Zigy Wyne’s last days on earth were very painful. Those who kidnapped him did to him the worst things a human being can do to another- cut off his fingers, plucked out his eye, grossly tortured him, and left him to die a very painful death, ” Bobi Wine wrote.

“Like many young Ugandans, he was looking forward to a better country. It is very painful that our brother had to go through this”.

Bobi Wine also a Presidential aspirant in the forthcoming elections has used the incident to attack the perpetrators of these ills.
“I don’t know how those who carry out these atrocities on the citizens of Uganda hope to pay back for the tears they have caused to so many families and communities”.

He has also rallied Ugandans to work hard to redeem the country whos state he says is worrying.
According to Bobi Wine, Zigy “is just one of the countless people who are kidnapped, tortured and murdered daily in our nation”.

He says many supporters of ‘People Power’ continue to disappear while others have died in questionable ways, including suspicious accidents.

“As we mourn our brother, may we resolve to work even harder to redeem our country from this terror,” he said in his post.

He says he visited the family of the deceased on Sunday at Mulago and that they are completely devastated. 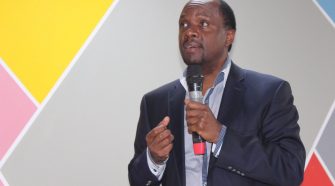