Musician turned politician, Robert Kyagulanyi Ssentamu alias Bobi Wine has Monday been charged with disobedience of statutory duty, when he allegedly got involved in protests against taxes levied on Mobile money and social media by government last year.

Many people among them politicians, activists, students, citizens and other groupings had been arrested and later released as they demonstrated against the newly introduced taxed then. But, Bobi Wine survived the arrest.

In protesting the taxes which were largely unpopular, Bobi Wine told reporters during the demo: “This country belongs to us and we are saying no to these taxes on social media and mobile money”.

The taxes had been described by many as unfair and a burden, while a section of the public including activists criticized the move they said would infringe of rights to information as well as negatively affect financial inclusion.

Others queried what government intended to do with the revenue generated from the taxes when it has failed to account for funds lost to graft.

Bobi Wine was Monday arrested from Mulago roundabout as he drove to Police CID headquarters for questioning for allegedly inciting violence and holding an unlawful assembly. Police says he was holding an illegal assembly and procession. He was driven by Police to Naggalama Police station and later he was arraigned before the Buganda Road Court.

However, in a way that has beaten anticipation, prosecution told Court that Kyagulanyi and a number of other people still at large, violated some sections of the Public Order Management Act (POMA), when they allegedly held the protests in July of 2018.

Attempts to secure his bail could not yield any good, when the legislator was remanded to Luzira maximum prison. Bobi Wine is expected back in Court on Thursday at 10am. 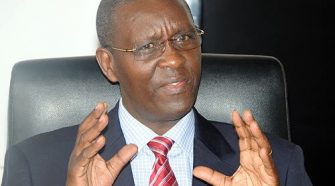