The leader of the notorious Boda Boda 2010 group and NRM Chairman for Rubaga division, Abdullah Kitatta has been arrested, a source has told this website.

Kitatta was picked up by operatives of the Chieftaincy of Military Intelligence (CMI) from Wakaliga moments ago where he was hiding in a lodge. He is accused of masterminding the gruesome murder of a Case Hospital accountant, Francis Ekalungar weeks ago.

Ekalungar was reported missing only for his body to be discovered burnt beyond recognition and dumped in Kajjansi. Read More: Police Confirms Missing Case Hospital Staff Was Burnt to Death

SoftPower News has learnt from a credible source that CMI arrested Kitatta to aid investigations in several crimes including murders, espionage, robberies and women murders in Wakiso and Entebbe.

Since 2010, Kitatta has been leading Boda Boda 2010, a quasi military group that is said to have unleashed terror and brutality on motorcycle owners and other civilians in Kampala and Wakiso with sheer impunity. The group claims to be close to the Inspector General of Police, Gen Kale Kayihura and other Police commanders.

This site has it on authority that the group operates safe houses in several areas in Kampala. It is in the Munyonyo safe house that their members administered a lethal injection on Francis Ekulangar’s stomach before his body was burnt and dumped.

Some of the suspects arrested from Kyengera in the night told CMI operatives that Francis Ekulangar’s last words moments after the lethal injection was administered were; “You have finished me”.

The suspects include Kiwalabye Huzair who is said to be a brother to Kitatta.

In 2017, the same group allegedly intercepted a bus at Busega and beat up pupils of Winter land Primary School, who were travelling to Nkumba in Entebbe to attend a police function early this month. Read More: Police Deny Ties With Boda Boda Group that Beat School Kids

The pupils were beat up for wearing red ribbons on their heads, which were at the time being used by the opposition to protest the lifting of the presidential age limit.

Last year, President Museveni who was attending slain police spokesman Kaweesi’s vigil said that Uganda Police Force had criminals among their ranks and that Ugandans who offered evidence on some crimes had instead been arrested and harrased.

The President who issued a stern warning to the criminals ordered the Inspector General of Police to rid the force of criminals. The numerous arrests by CMI are considered by many as operations sanctioned by President Museveni to rid the city of criminals where Police has fallen short. 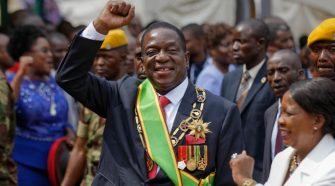