Members of the 10th Parliament have expressed concern over the continued rise in the gruesome murders of boda boda riders in the country calling for regulation of the industry.

This was in a motion moved by Ngora County MP, David Abala who noted that the country should not look on as almost five boda boda riders are mercilessly murdered everyday and their boda bodas sold off at peanuts.

“The deceased [murdered boda boda riders] leave behind families; the murderers sell the boda bodas in spare parts yet this business [of motorcycle spare parts] is not regulated,” said Abala.

Abala said that a forensic investigation into rampant murders and robberies of motorcycles will not only serve to bring the perpetrators to book but also restore confidence in government.

Cases of rising murders of commuter motorcycles, christened boda bodas, continue to rise in the country, with the recent shocker of a murder of a rider in Rubaga caught on CCTV camera.

The suspected murderers were later arrested and paraded to the media by Police, where they confessed to the murder and recreated the act to the chagrin of the public.

He noted that government should strengthen the capacity of police and other responsible security agencies to enable them to effectively curb the high crime rate in the country.

Abala’s motion was supported by several members of the house who as well noted that passengers should be protected from errant boda boda riders who rob and murder their clients.

Butambala MP, Muwanga Kivumbi who is the Shadow Security Minister, placed the responsibility at the hands of state intelligence organisations.

“Security forces in this country; Internal Security Organisation (ISO) and other spy networks…if there is any place they have deployed heavily, it is in the boda boda industry. How come that where they have deployed most is where there are many cases of murder?” said Kivumbi.

Kivumbi said government has failed to properly complete the task of cleaning up the boda boda industry, which he said started with the arrest of BodaBoda 2010 group patron, Abdallah Kitatta who is serving a sentence of nine years in Luzira Maximum security prison.

Luweero woman MP, Lilian Nakate said that efforts to curb the rising cases of murders of motorcycle riders will have to begin with the regulation of the sale of spare parts.

“I call for the regulation of the selling of spare parts and also tracking of motorcycles in the country,” said Nakate.

MP Syda Bbumba (NRM, Nakaseke North) placed the blame on motorcycle riders themselves who she said have cultivated a culture of impunity and indispensability in breaking traffic laws.

“Many of these boda boda riders are not qualified; many of them are underage; quite a number of them are indisciplined and that is why you get to hear about many cases of mob justice where they are involved,” she said.

After a heated debate, the motion was not be passed as government requested for more time to report back to the house with a clear submission on the issues raised. 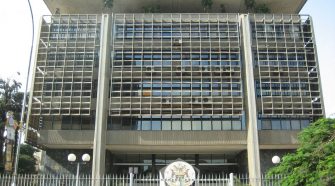