The Bank says the easing is informed by the COVID-19 pandemic which has led to “a severe contraction in economic activity due to a combination of global supply chain disruptions, travel restrictions, measures to limit contact between persons, and the sudden decline in demand”.

The Governor Bank of Uganda, Emmanuel Tumusiime Mutebile said on Monday that consumer-facing sectors have been severely affected by social distancing measures and heightened uncertainty, while the manufacturing sector has declined on account of disruptions to the inflow of raw materials.

Mutebile says economic activity in the trade sector has also been weighed down by the decline in external demand and supply chain disruptions. He adds that the service sectors such as finance, insurance, and information and communications are affected by the general stall in business activity and investment.

The Governor says reduction of the CBR is intended to ensure adequate access to credit and the normal functioning of financial markets.

Bank of Uganda is projecting the Ugandan economy to slow down drastically in the second half of Financial Year (FY) 2019/20, with GDP growth for the FY projected at 3 to 4 percent.

“Downside risks to the economic growth outlook have increased, particularly in the near term and economic activity is projected to remain subdued until the pandemic is contained globally,” Mutebile said.

“Although GDP growth is projected to gradually recover in the second half of FY2020/21, the emerging output gap is projected to persist until 2022. However, there is significant uncertainty over the depth and duration of the current slowdown”.

The Bank says the COVID-19 pandemic has been reflected in deterioration of global financial conditions and an appreciation of the US dollar against other major currencies, resulting in the volatility in the domestic foreign exchange market.

The Uganda shilling depreciated against the US dollar by 2.2 percent between February and March 2020. The depreciation, according to Mutebile, will further be exacerbated by capital outflows, adverse effects on the flow of international trade, tourism, workers’ remittances, foreign direct investment and loan disbursement.

Energy Fuel and Utilities (EFU) inflation declined to 7.7 percent from 8.0 percent in February 2020, while food crops inflation increased to 2.5 percent from 1.3 percent.

Inflation is forecast to be in the range of 2 to 3 percent in 2020 on the assumption that the COVID-19 pandemic is contained by June 2020 and the economy recovers gradually in the second half of 2020.

BoU has also directed Supervised Financial Institutions (SFIs) to defer the payments of all discretionary distributions such as dividends and bonus payments for at least 90 days effective March 2020, depending on the evolution of the pandemic.

This, BOU says, will ensure that SFIs have adequate capital buffers, while supporting the real economy. 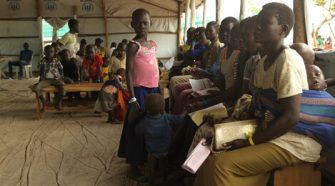