Bank of Uganda Deputy Governor, Dr Louis Kasekende on Monday handed over instruments of office after his contract expired, with no signs of being renewed.

Sources say Kasekende handed over office to the Governor, Emmanuel Tumusiime Mutebile, his supervisor, as provided by the Bank of Uganda Act.

It is reported that Kasekende had earlier sent several delegations to President Yoweri Museveni to cause the extension of his contract but had received no positive response to that effect.

He was left with no option but to hand over the office to the Governor as his term office had expired and the President who is the appointing authority had not yet communicated on the way forward, a source said.

Article 161(3) of the Constitution of Uganda states that the Governor, the Deputy Governor and all other members of the Board shall be appointed by the President with the approval of Parliament and shall hold office for a term of five years but eligible to reappointment.

Recently, the Minister of Finance, Matia Kasaija whose Ministry overseas Bank of Uganda told the media that he had written to the President concerning the expiry of Kasekende’s contract but had received no response yet.

He had however served in different capacities at the central bank as the Executive Director in charge of research and policy and director of Research Department.

He moved on to work as chief economist of the African development bank from May 2006 to 2009. In 2010, Kasekende returned to Uganda and was re-appointed Deputy Governor of Bank of Uganda and his term was renewed in 2015.

Towards the end of Kasekende’s tenure, Bank of Uganda was at the centre of a serious probe by Parliament over the Central Bank’s closure of the seven defunct banks.

The report from the probe stated that BOU committed a number of irregularities during the process of closure.

According to the COSASE report to Parliament in February 2019, Bank of Uganda flouted a number of procedures and laws and in some incidents, BoU officials acted illegally while closing some banks.

In the case of Crane Bank Limited which was closed in October 2016, the committee reported that the bank was illegally closed, noting that an analysis of the Bank’s liquidity from 1st January to 24th January 2017 revealed that the financial institution had recovered from liquidity distress from mid-January 2017 to the time it was disposed on 25th January 2017.

During the House committee hearings, Kasekende was accused of playing dirty deals by a number of witnesses.

Kasekende was tasked to reveal the instruments of power he used (even with the advice by Finance not to) as well as the minutes indicating how the amount that was in a deficit was arrived at.

Parliament recommended several actions to be taken against BOU officials implicated in the report but government is yet to implement the recommendations. 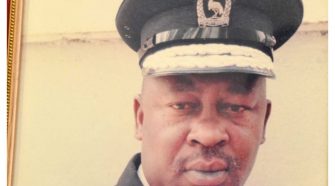