Shareholders of the defunct National Bank of Commerce (NBC) led by the then Board Chairman, Matthew Rukikaire, the former Prime Minister, Patrick Amama Mbabazi, Amos Nzeyi and Justice George Wilson Kanyeihamba are demanding Shs 295bn for losses and damage caused by the illegal closure of their bank.

National Bank of Commerce (NBC) was closed on September 27, 2012 by Bank of Uganda on allegations that it was undercapitalized, below the then minimum capital requirement of Shs 10bn.

Rukikaire, a former State Minister for Privatization, told the committee of COSASE on Monday that the claim of undercapitalization was far from the truth given the fact that for a long period of time (between 2004 and 2010), NBC had maintained reasonable business operations and profitability and the bank paid dividends regularly to shareholders until 2010.

“NBC invested over USD 1.7m into a new state-of-the-art headquarters as well as investing over USD 1.2m in acquiring a new Core Banking software system – TEMENOS T24 – which had been installed and was fully operational,” Rukikaire said.

Rukikaire noted that despite all the investments injected, BOU raised concerns over the need to raise the capital of the bank and this was mainly because the Central Bank had unjustly insisted on expensing all of the new investments and assets.

“In the case of Kanyeihamba Vs Amos Nzeyi and others, the plaintiff had sought an injunction to stop the bank from raising the needed capital required by the BOU. At the hearing, BOU made representations through Mr. Masembe Kanyerezi and insisted that Shs 7bn should be raised short of which NBC would be closed,” Rukikaire said.

“NBC complied with the court order and raised Shs 7bn within four days and the annual general meeting was held where the new Board was elected and approved by BOU and began their duties immediately”.

However, according to Rukikaire, the former Executive Director for Bank Supervision at BOU, Justine Bagyenda directed that the new Shs 7bn capital be invested in treasury bills. She also restrained the Board and Management from using these treasury bills for banking business and this frustrated the new Board’s efforts to effectively utilize the new capital to generate income for NBC.

Former Board Chairman for NBC added that as a result, BOU continued claiming that the capital of the bank was being eroded yet this was caused by BOU itself.

According to Rukikaire, in a public notice issued by BOU Deputy Governor, Dr Louis Kasekende, it was claimed that the takeover, winding up and immediate purported sale of NBC to Crane Bank was done to protect the interests of depositors and maintain the stability of the financial sector.

But the former Minister told COSASE this wasn’t the case since NBC depositors’ interests were not under any threat at the time of the closure of the bank and the shareholders of the bank had demonstrated capacity to meet the necessary capital requirements.

“As a matter of fact, the bank customer interests were jeopardized by the drastic illegal closure by BOU because the customers lost a bank which understood them and was sensitive to their needs,” Rukikaire said.

The committee is still considering deliberations from the different shareholders of the seven defunct banks and will make recommendations in the report that is expected to be tabled before Parliament by end of the month of February. 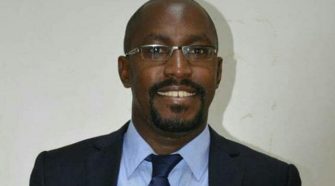 URA Distances Itself from Tax Fraud by Soldiers