The former Bank of Uganda, Executive Director Bank Supervision, Justine Bagyenda has written to the Committee on Commissions, Statutory Authorities and State Enterprises (COSASE) seeking access to her passport to enable her travel abroad for Christmas holidays.

The Committee is currently withholding Bagyenda’s travel documents after she stalled committee proceedings when she had traveled to the U.S. for a Mental Health Conference.

Bagyenda’s action to travel out of the country without notifying the committee ahead of time was percieved as contempt to the committee and the entire Parliament.

On Friday, the Committee Chairperson, Abdul Katuntu informed the committee members that Bagyenda had tendered in her request which awaits approval from members.

Katuntu said that there could be no reason to deny her access to her travel documents as long as she commits to avail herself whenever she is needed to appear before the committee since she is a key witness.

“I am yet to take a decision since our meetings are still going on. We can’t refuse anybody permission to go for Christmas, but then, when she goes for Christmas, she must be here when we need her,” Katuntu said. 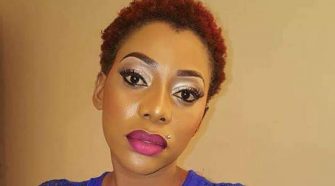