Police has said its Directorate of Criminal Investigations (CID) is probing into the alleged irregularities surrounding a recent procurement of currency by the Central Bank, including how “non-official but genuine currency notes” arose.

The Police spokesperson, Fred Enanga, said CID is investigating the matter jointly with the Anti-corruption Unit and so far, six people are in Police custody over the same.

“The Directorate will continue working with the Anti-corruption Unit of State House to accomplish the investigations, ” he said.

Last week, Lt Col Edith Nakalema who heads the Anti-corruption Unit confirmed that the Unit was probing into the role of BOU, Customs and Civil Aviation Authority in the procurement of the consignment said to have been made irregularly.

Nakalema said the investigation had been made at the request of the Central Bank Governor, Emmanuel Tumusiime Mutebile.

The Governor in a statement on Friday said BOU received a consignment on April 27, and that during the verification process, BOU staff reported an anomaly in the inventory of the expected consignment.

“Therefore I requested the Anti-corruption Unit to investigate the matter. The ACU has started investigations and Bank of Uganda is fully cooperating with the process, ” the Governor said.

Now Police says probe will be effectively supervised by AIGP Grace Akulo who heads CID and according to Enanga, the inquiries will focus on how the banking process supported the printing of the bank notes and whether there was wrongdoing on the part of the bank.

“As you are aware, several statements have been obtained from several Directors, Managers and employees with knowledge of the whole documentation process,” Enanga told reporters.

Staff who have recorded statements with Police include; Directors for Banking, Director Legal Affairs, Auditors, ENHAS, Customs officials from URA.

“Further arrangements are in place to obtain statements from lawyers of the UN and selected business persons who are being mentioned in as far of these transactions are concerned”.

He said Police will be interested in knowing how the need for the printing of the notes arose, who initiated the request, whether there was approval from the Board, the amounts involved, serial numbers of the notes that were printed and how the none official but genuine notes could have arose.

“We want to inform the public that this is a very straight case of lapse in procedure. We want to thank Management of BOU for the level of cooperation so far. We have six suspects in custody”.

He said Police will in due course inform the public on what charges will be preferred against the suspects. Enanga said searches were conducted on the homes of those suspected and there were a number of documents obtained from Bank of Uganda.

It should be recalled that last week, government spokesperson, Ofwono Opondo stated that no extra currency had been printed and illegally ferried to Uganda.

“I would like to dispel at this point the rumours on social media, our investigations so far seem to point that there is no additional money that was printed by either officials of Bank of Uganda or somebody and later delivered into the country,” Opondo told a news conference days ago.

“Our investigations point to business people and other organisations who were simply taking advantage of a cheap flight that had already been chartered by Bank of Uganda,” he added. 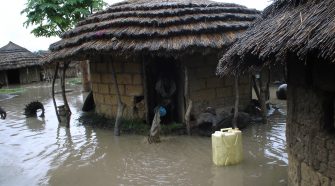