Two officials of the Central Bank have been charged with abuse of office and corruption before the Anti-Corruption Court.

While appearing before grade one magistrate, Abert Asiimwe on Friday, the duo denied the charges and applied for bail which was denied by the magistrate on account of their sureties lacking substantial identification documents.

As such, the accused have been remanded to Luzira maximum prison until next week Tuesday June 25.

The Anti-corruption Court heard that the duo, while on assignment by Bank of Uganda (BoU), to carry out a pre-shipment inspection of printed material in France, failed to refute and report inclusion of unauthorized cargo on a plane chartered by BoU.

Investigations have been ongoing into allegations that Bank of Uganda officials are behind the anomaly regarding a consignment belonging to the central bank.

Central Bank Governor, Emmanuel Mutebile, in a press statement on Friday explained that on April 27, 2019, Bank of Uganda (BoU) received a consignment but during the verification process, BOU staff reported an anomaly in the inventory of the expected consignment.

“Therefore, I requested the Anti-Corruption Unit of Statehouse to investigate the matter,” it added.

In another statement signed by Lt Col Edith Nakalema, the head of The State House Anti-Corruption Unit, said several officials from the central bank, civil aviation authorit, airport security personnel and customs officials were questioned about the matter.

Tax body, Uganda Revenue Authority (URA) has since said that the 5 extra cargo pellets contained other cargo which belonged to a number of individuals and organisations.

Dickson Kateshumbwa, the URA Customs Commissioner, in a statement said: “As per normal customs clearance procedure, this cargo was offloaded into the licenced bonds at the airport and subsequently the owners made customs declarations, paid applicable taxes and Customs physically verified each consignment to ascertain accuracy and consistency with the declaration and released the goods to the owners. 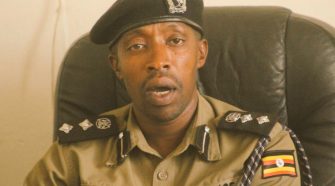