Following media reports of the alleged printing of extra money to a tune of Shs 90bn by officials from Bank of Uganda (BOU), the opposition Forum for Democratic Change (FDC) has called for the resignation of the BOU Governor, Emmanuel Tumusiime Mutebile accusing him of incompetence.

The call was made by the party Publicity Secretary and Kira Municipality Member of Parliament (MP), Ibrahim Semujju Nganda while addressing the party’s weekly press conference on Monday.

According to Nganda, the scandals at the Central Bank are as a result of the inefficient and aging Governor at the helm of the institution.

“Until the country organizes to retire Museveni in whichever form, it will be difficult to sort out matters of this nature; Mutebile, Museveni, Rugunda and Kategaya, these were old boys of Obote who used to work in his office, may be each time he looks at Mutebile, he remembers when Obote employed them as political intelligence officers,” Nganda said.

Nganda said that FDC feels uncomfortable because Mutebile should have been retired in public interest long time ago since it is clear that with him still leading BOU, Ugandans should only wait for more scandals.

“There will be scandals one after the other, others will go unreported but they will be there because Mutebile is sleeping, but he is the one running the Central Bank. He only wakes up when more scandals are committed by his officials,” Nganda claimed.

He added, “Someone sane would have retired Mutebile and some of the other leaders at BOU long time ago. I don’t know if you have seen him walk recently, he himself is a walking scandal.”

However, claims of extra printed currency have since been refuted by Government through the spokesperson, Ofwono Opondo and the Head State House Anti-corruption Unit, Lt. Col. Edith Nakalema who noted that investigations are focused on inclusion of unauthorised cargo on BOU chartered plane.

Nakalema told the country that the Unit was invited to carry out investigations by the Governor Emmanuel Mutebile after he had noted irregular deliveries.

“The ongoing investigations have got nothing to do with extra printed money that was purportedly dumped into our economy but rather relates to extra cargo which in protocol is an anomaly when BOU or someone else charters a plane,” Ofwono Opondo recently told reporters.

Last week, two officials of BOU, a one Francis Kaketo and Fred Wanyama were charged before the Anti-corruption Court for inclusion of unauthorised cargo on the BOU chartered plane and they have since been remanded till July 25 when they will place a fresh bail application.

The Anti-corruption Court heard that the duo, while on assignment by Bank of Uganda (BoU), to carry out a pre-shipment inspection of printed material in France, failed to refute and report inclusion of unauthorized cargo on a plane chartered by BOU. 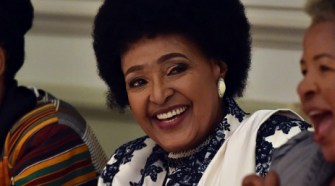 Winnie Mandela Dies At Age of 81